Although we were rooting for Kelly Slater to take home his 12th ASP world title congrats to Joel Parkinson on the win.

We have been lucky enough to watch Parkinson surf at Sunset Beach in the past. These two photos of ours were taken of Parko at Sunset Beach, in Hawaii. 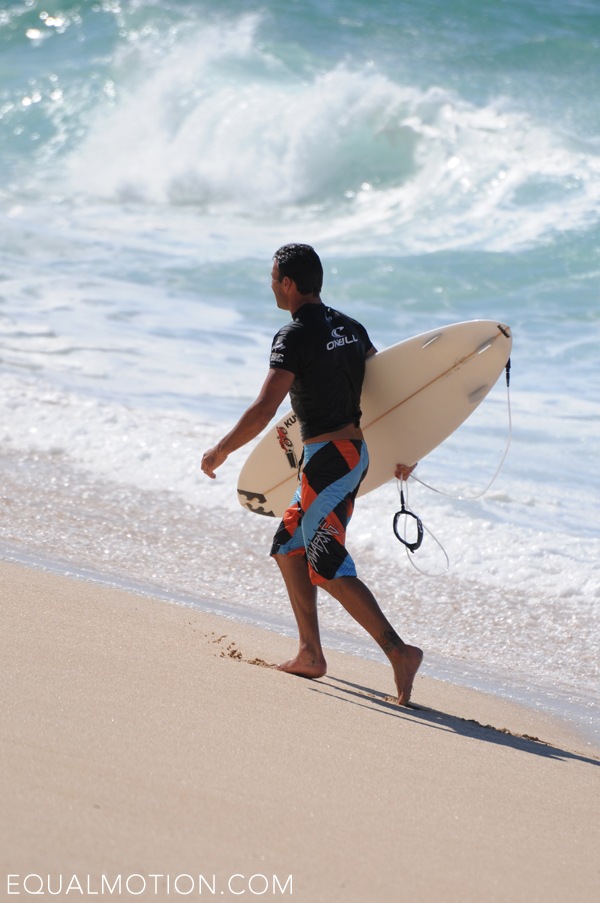 A newcomer to surfing’s top spot, Australia’s Parkinson, 31, has four runner-up world title finishes in his 11-year career on tour. The last time he surfed in a title match was also at Pipeline, where he lost to fellow Aussie Mick Fanning in 2009.

Though Parkinson had not won a world tour event since early 2011, the Rip Curl Pro at Bells Beach, he had been deadly consistent this season, making several finals and never finishing worse than ninth place. He had been the points leader for the back half of the season.