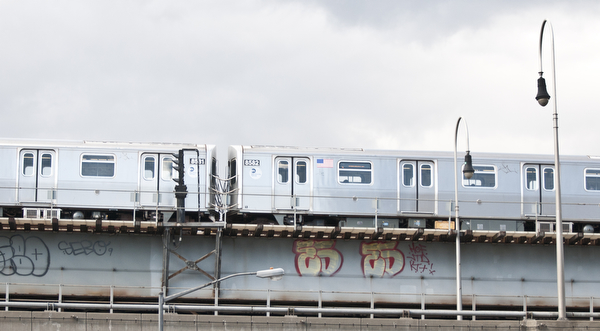 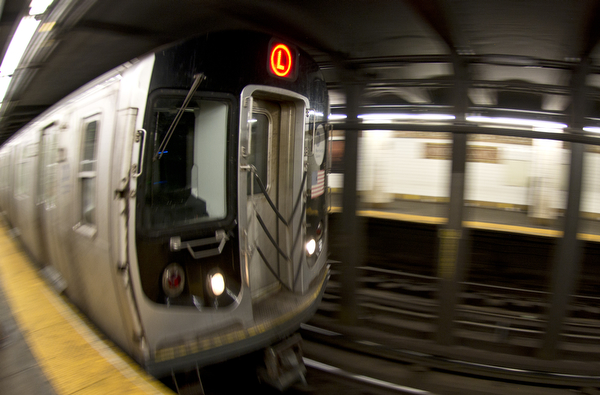 I have driven so little since I turned 16-years old that I have owned the same truck for 15 years and it is just about to hit 140,000 miles. I hate driving, so I was very intrigued to try the subway system in New York City. When you aren’t in a rush to get anywhere the subway is great and I would much rather watch people in a subway then be stuck in a car in traffic on a freeway.

The New York City subway was pretty much what I thought it would be. People would sometimes run to the subway cars and rush into them like their life was on the line. A large majority of the time people just didn’t look that happy though. I am sure if I rode the subway everyday for years I would have fallen into the New York City routine. The only time I had to wait a significant amount of time is when one of the subway lines had a stalled train and the crowds built up quite a bit. Outside of that the New York City subway was a very efficient mode of transportation. 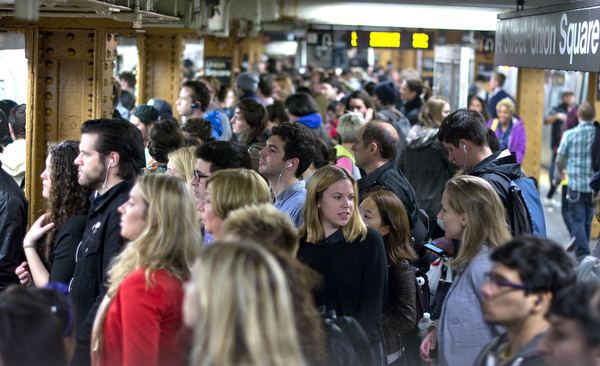 The New York City subway is one of the largest public transportation systems in the world by the number of stations, with 468 stations in operation. In 2013, the subway delivered over 1.71 billion rides to commuters. The New York subway is a literal melting pot of New York culture packed into a small car with limited seating. I spent 10 days using the subway and just tried to sit back and take it in. On random trains there were beggars looking for money, kids dancing to earn money and at certain stops along the track were different performers. 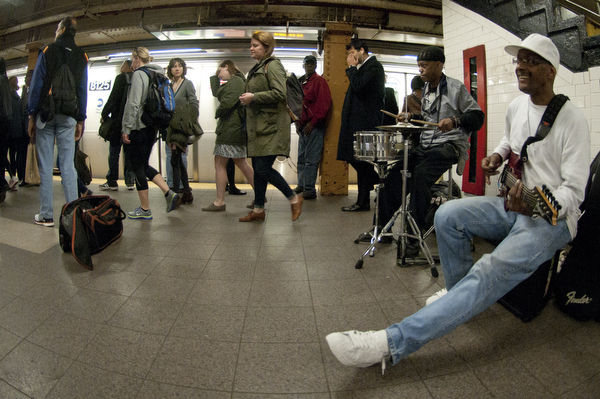 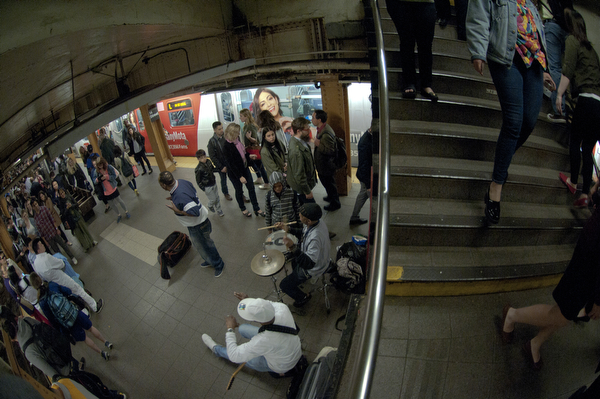 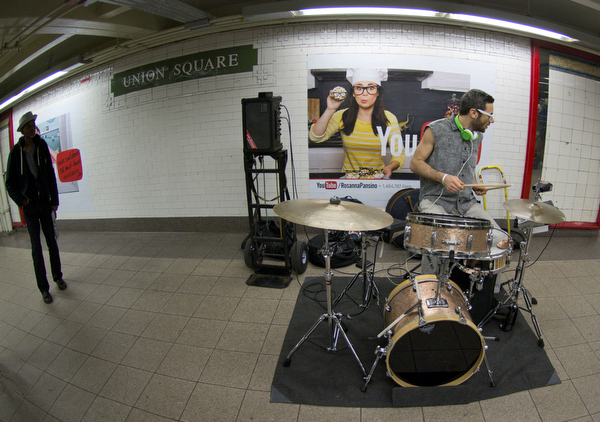 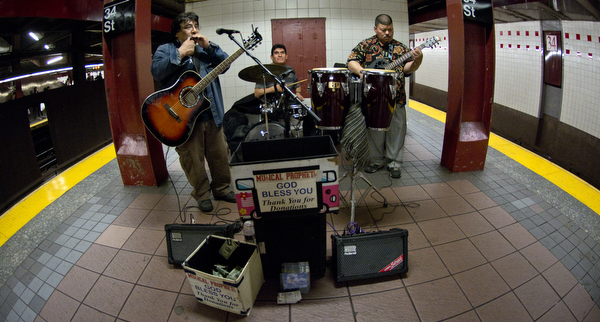 One of the standout performers I saw on the subway went by the name of Verbal Ase. His music stopped some of the busy commuters in their tracks at the Times Square subway stop and it was the only performer I actually stopped and listened to let alone actually shot video of (see video and photo below). 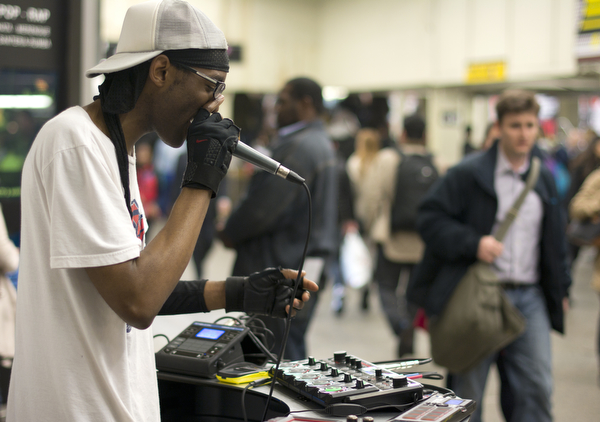 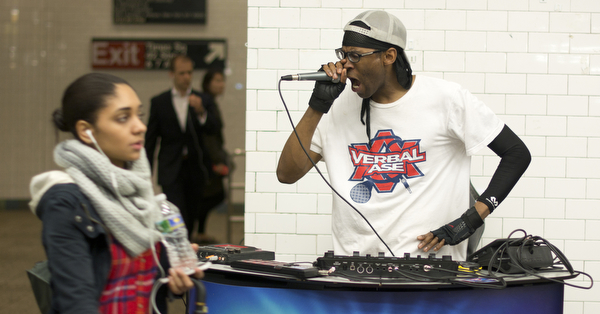 My favorite spot along the subway line was Grand Central Terminal, which is a place I always wanted to take photos of. I ended up spending two hours in the station and also captured a time-lapse of the busy terminal.

After time people become desensitized to what goes on in the subway and they just fall into a routine. After enough time spent in New York people just don’t care if someone is dancing upside down on the subway like in the photo below. 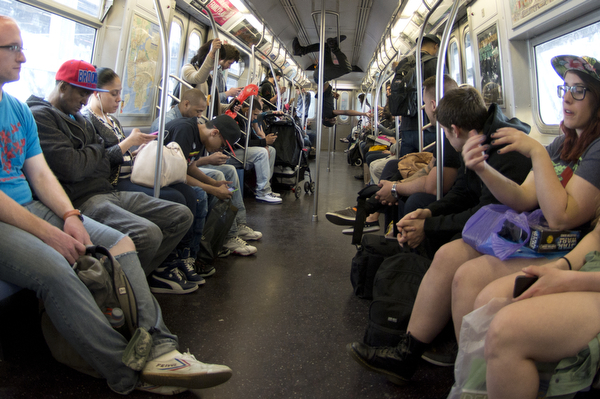 Overall people were more often than not zoned out listening to music, talking with their friends, playing games on their phones, reading a book or staring at the random ads that lined the walls of the subway cars. It was all part of the New York City Subway routine. 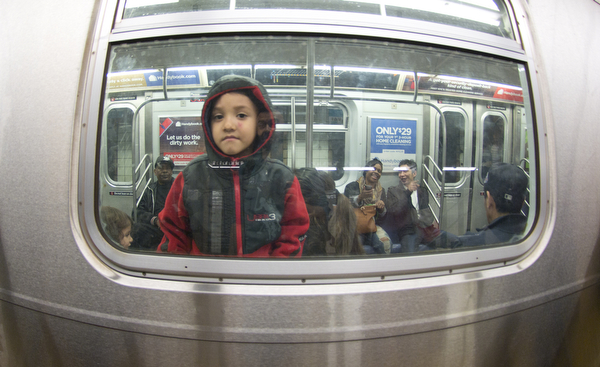 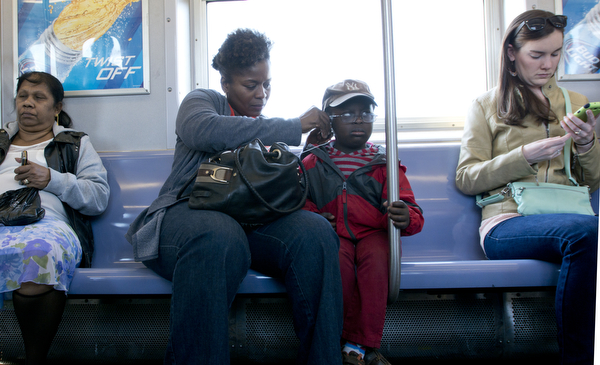 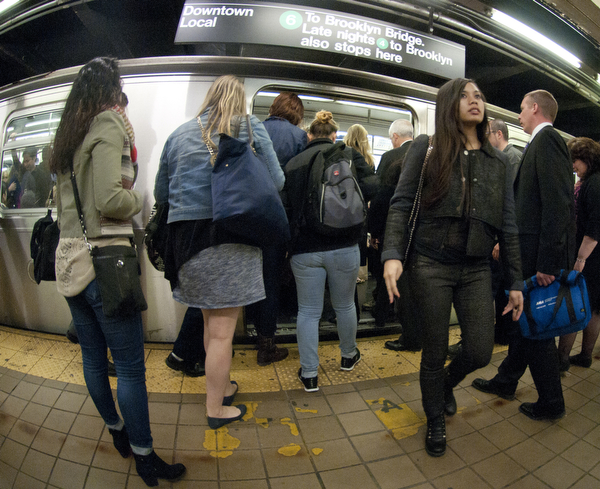 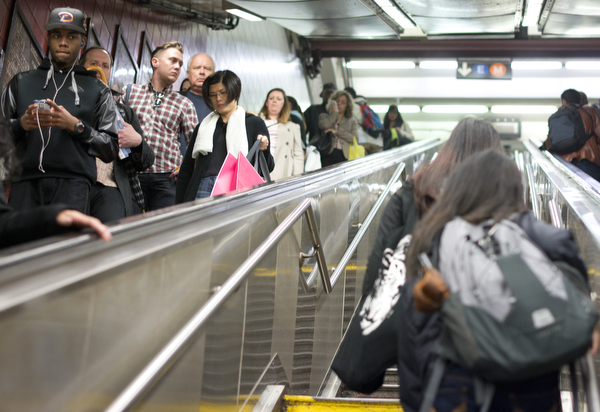 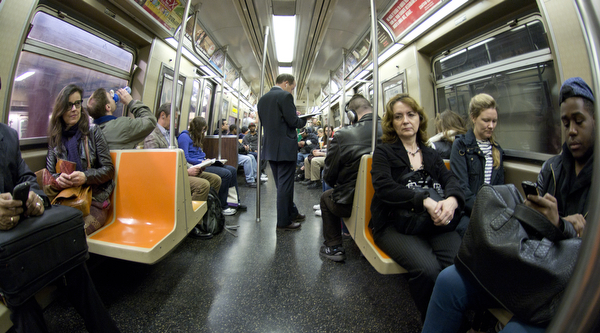 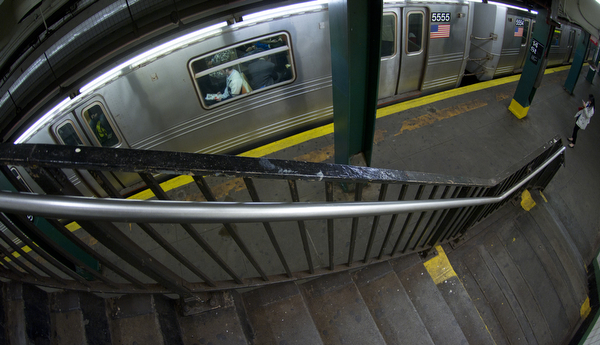 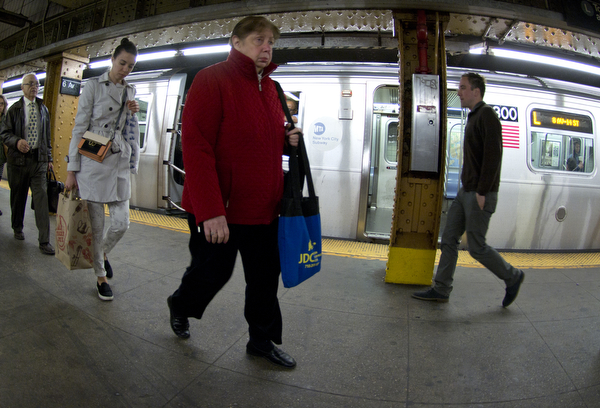 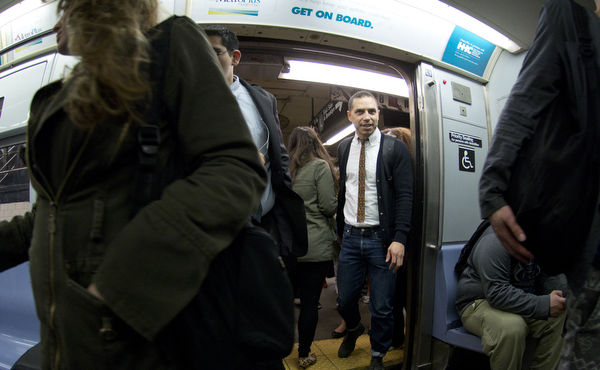 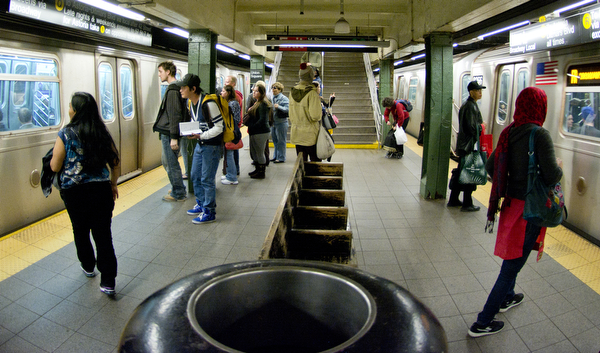 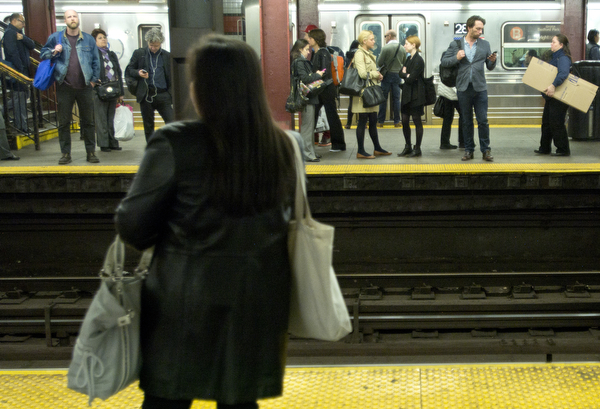 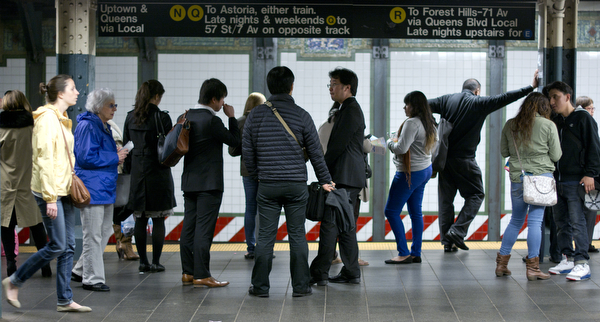 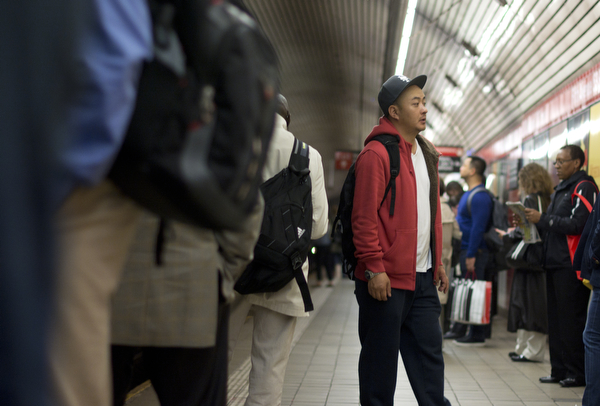 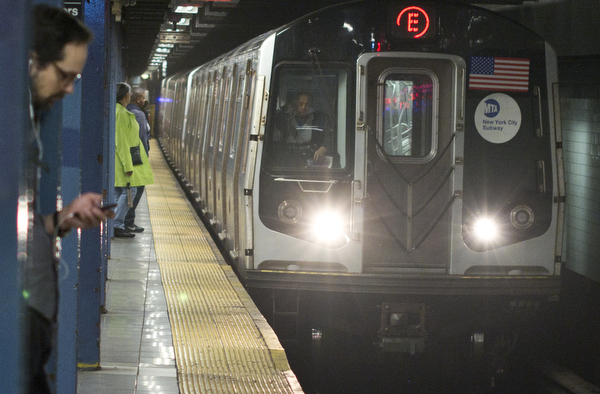 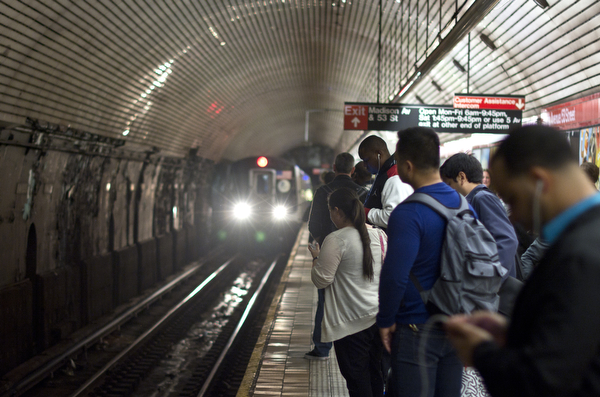 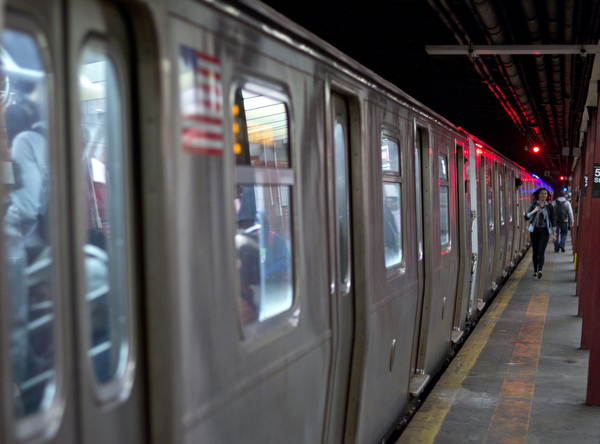 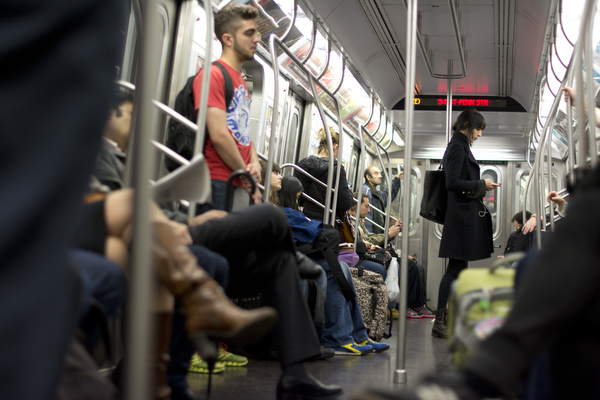 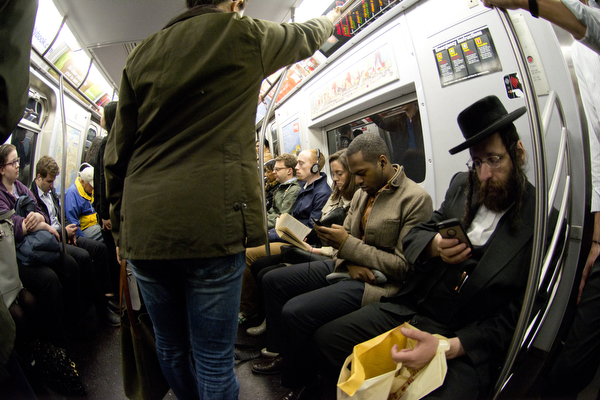 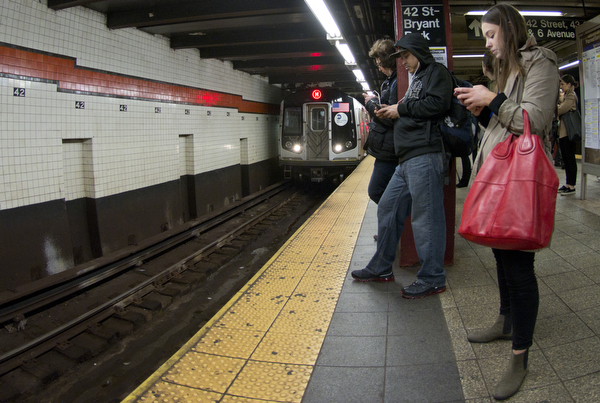 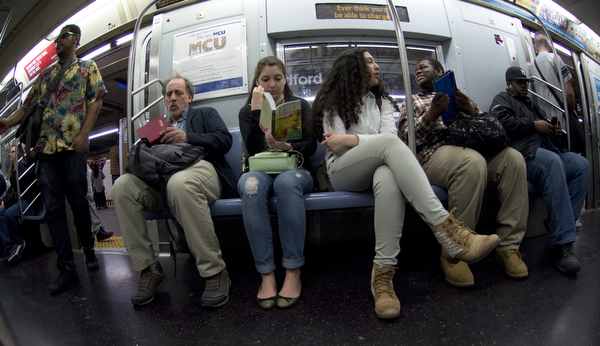