2016 Seattle Photos of the Year

2016 was an interesting one for me, but I managed to capture some pretty decent photos along the way. For my top 10 photos of 2016 I tried to pick photos that I liked that also were decently popular in my social feeds. 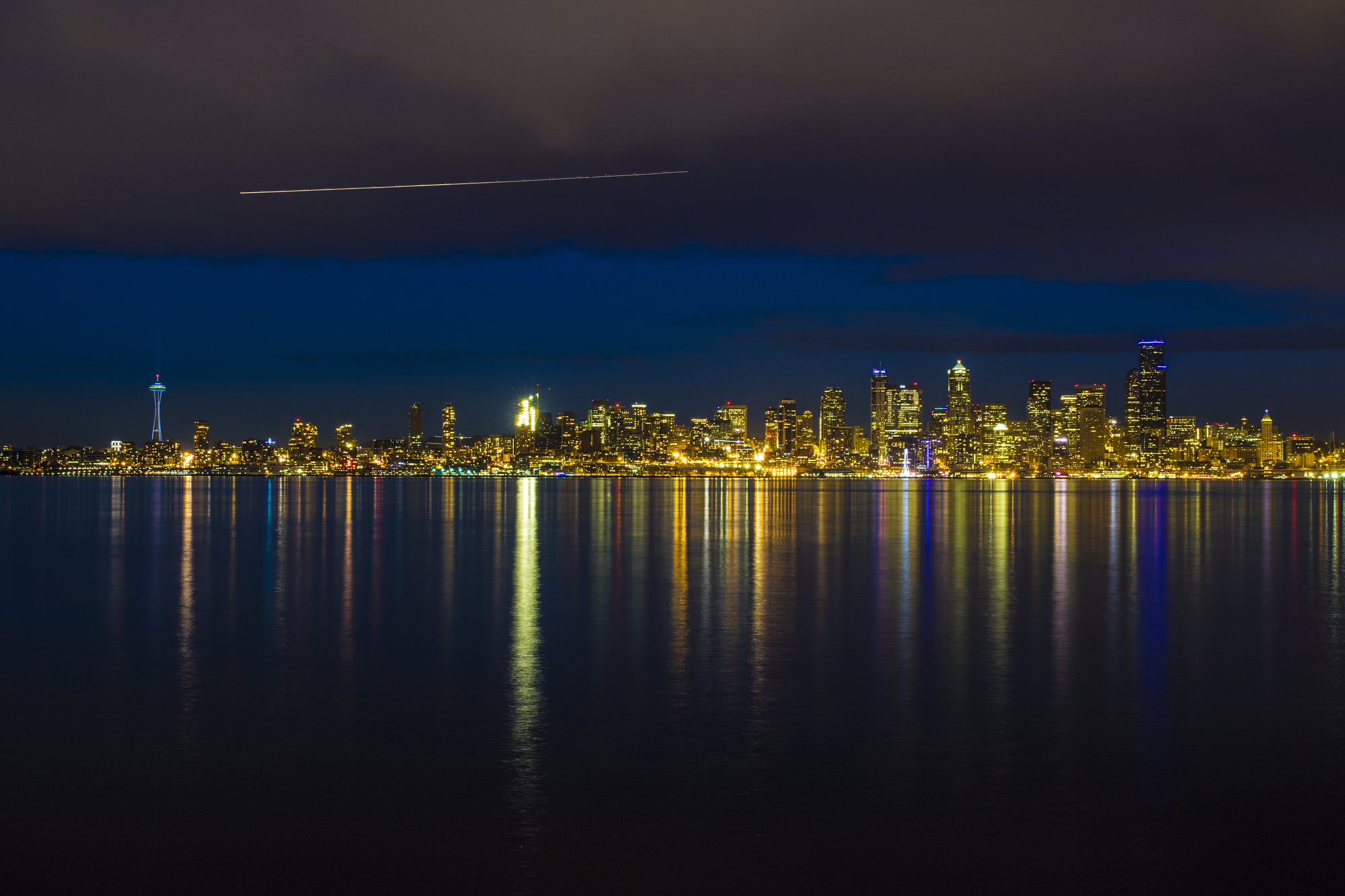 I captured this photo from Alki Beach in West Seattle after a Seahawks game when you could barely see the giant 12 lit up in the Seattle skyline. 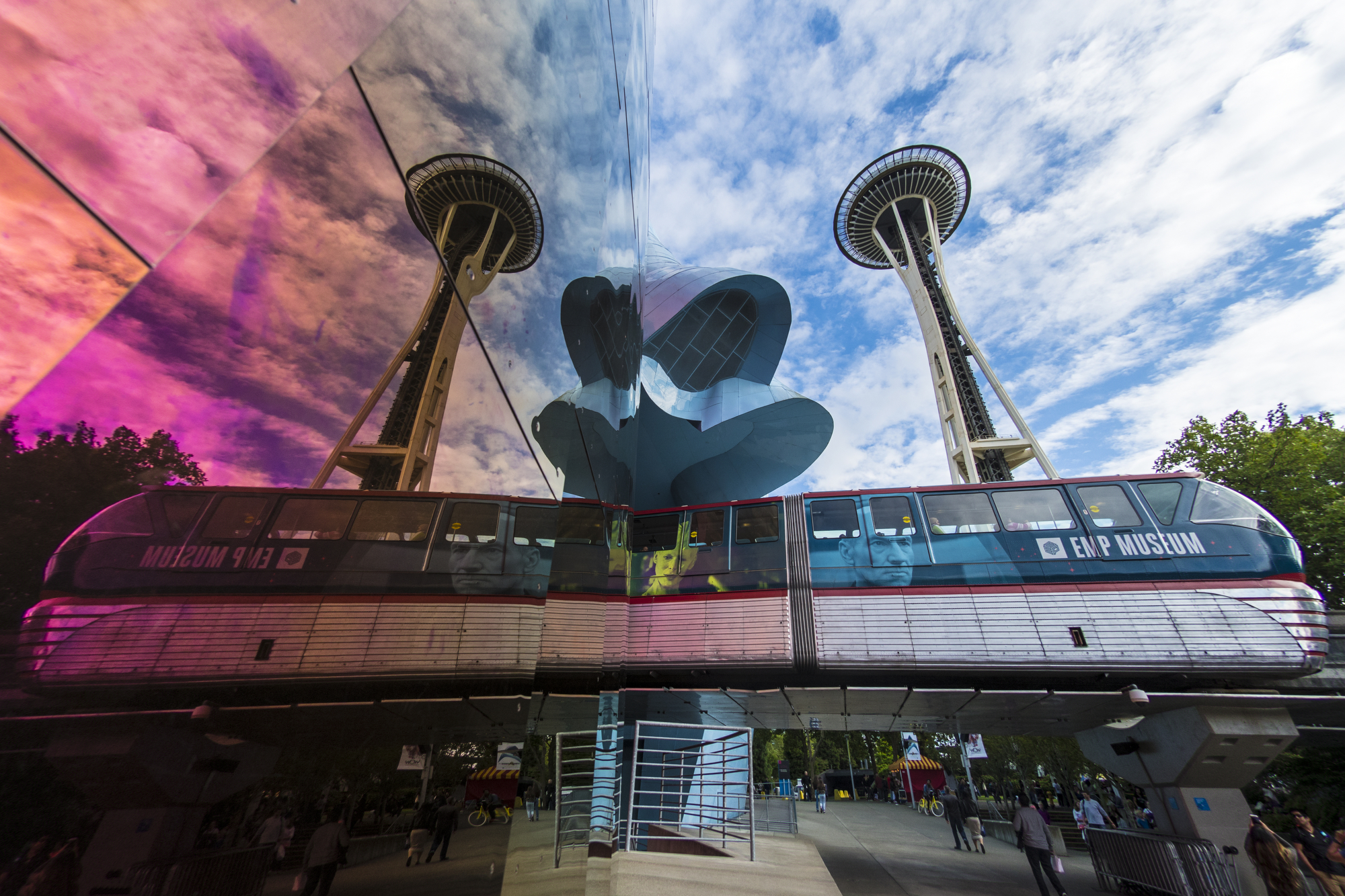 I spent a decent amount of time waiting for the monorail to pass by and get the timing right for a reflection in the MoPop Museum (formerly the EMP). It was worth it. After I got this photo my friend Blake helped me get the skate photo mentioned above. 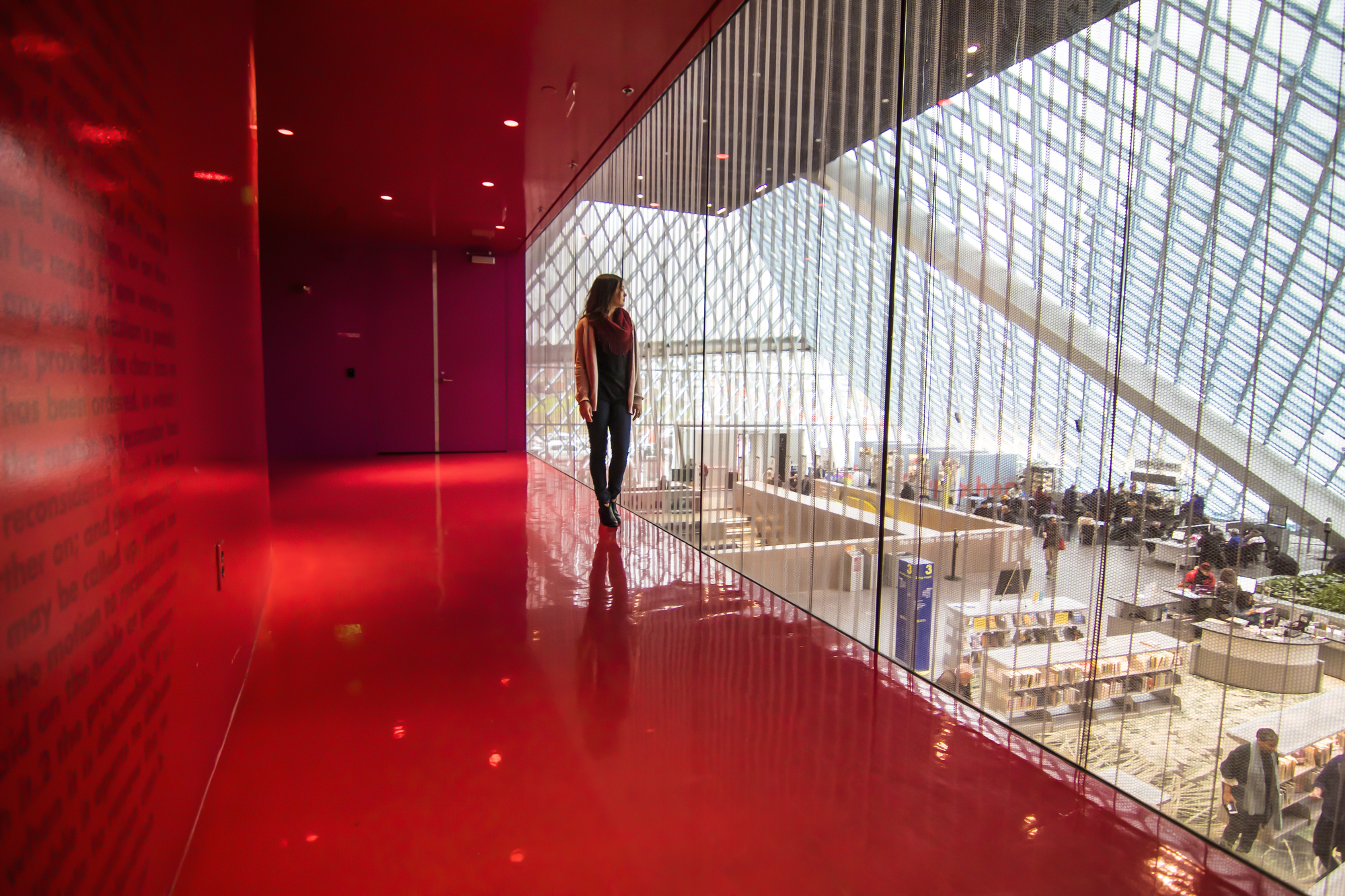 The Seattle Central Library is one of my favorite places to wander in Seattle. The day before Valentines day my girlfriend Alyne and I wandered around the library and I captured this photo. 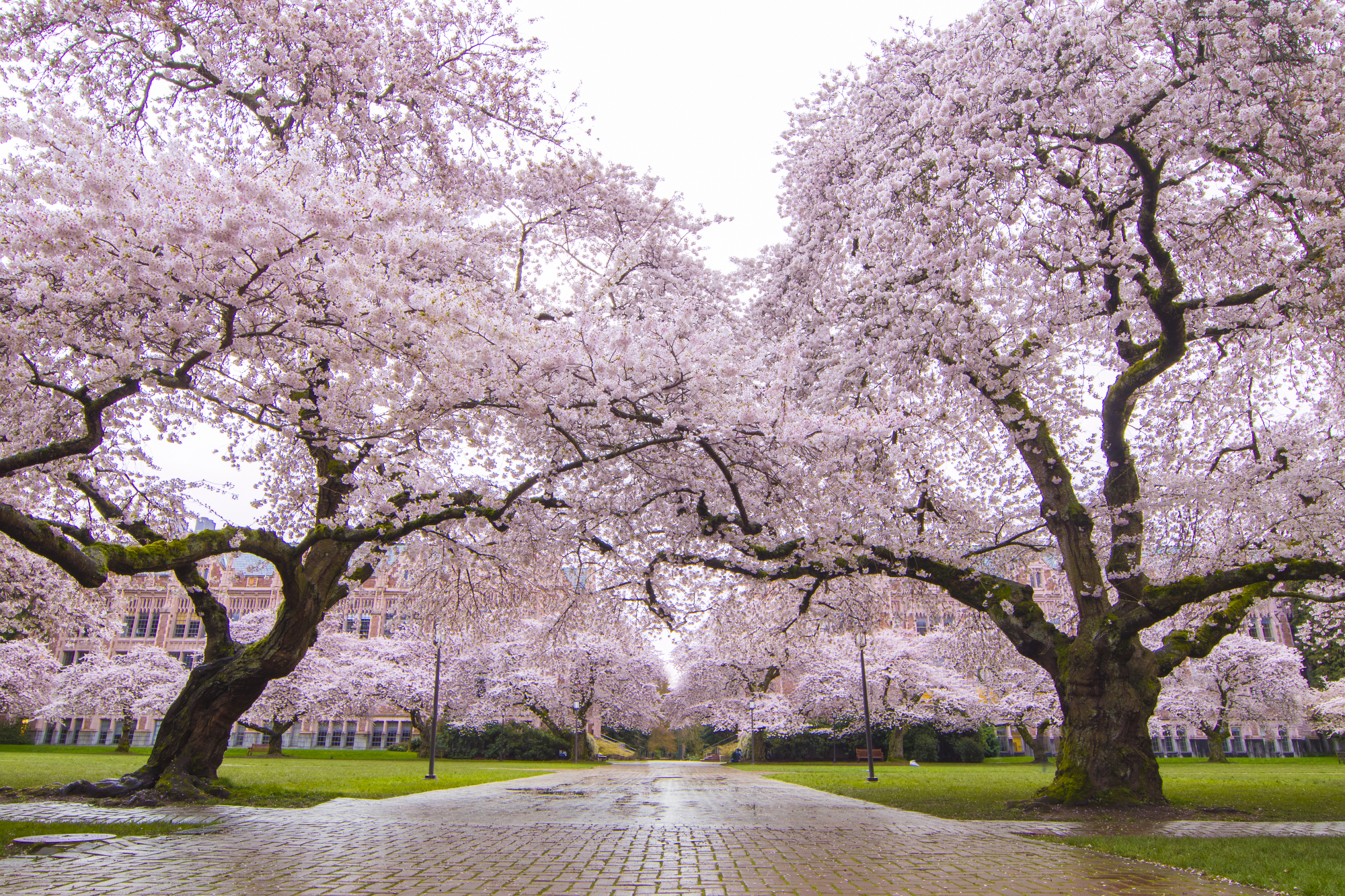 It was a dismal rainy morning, but I decided to go to the quad at UW to try and capture some of the spring color before the crowds appeared. For this photo alone waking up at 5am was worth it. 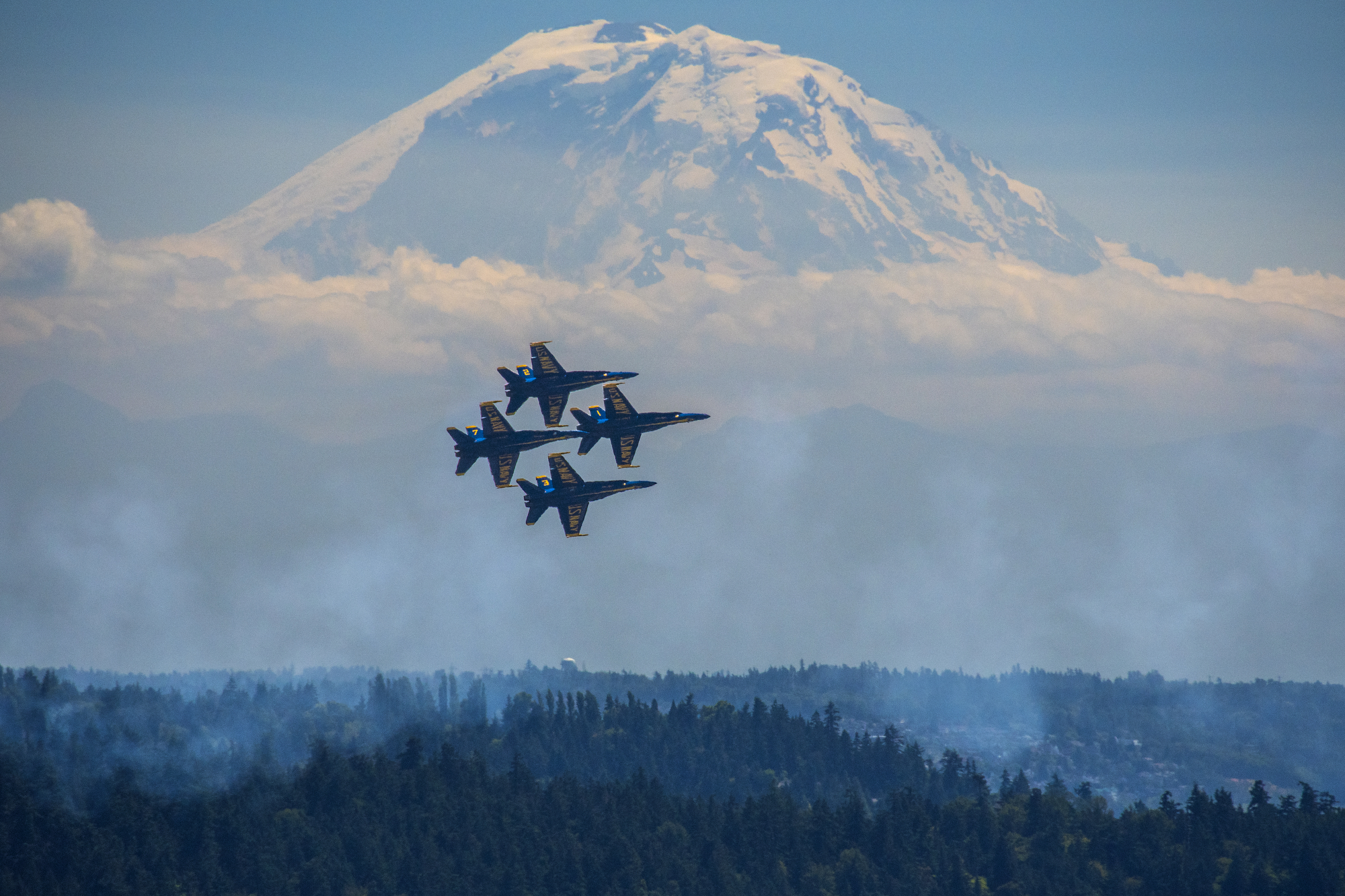 If you put Blue Angels in front of something iconic people will love it. This photo was featured on KOMO 4 news along with a few other photos from Seafair weekend. 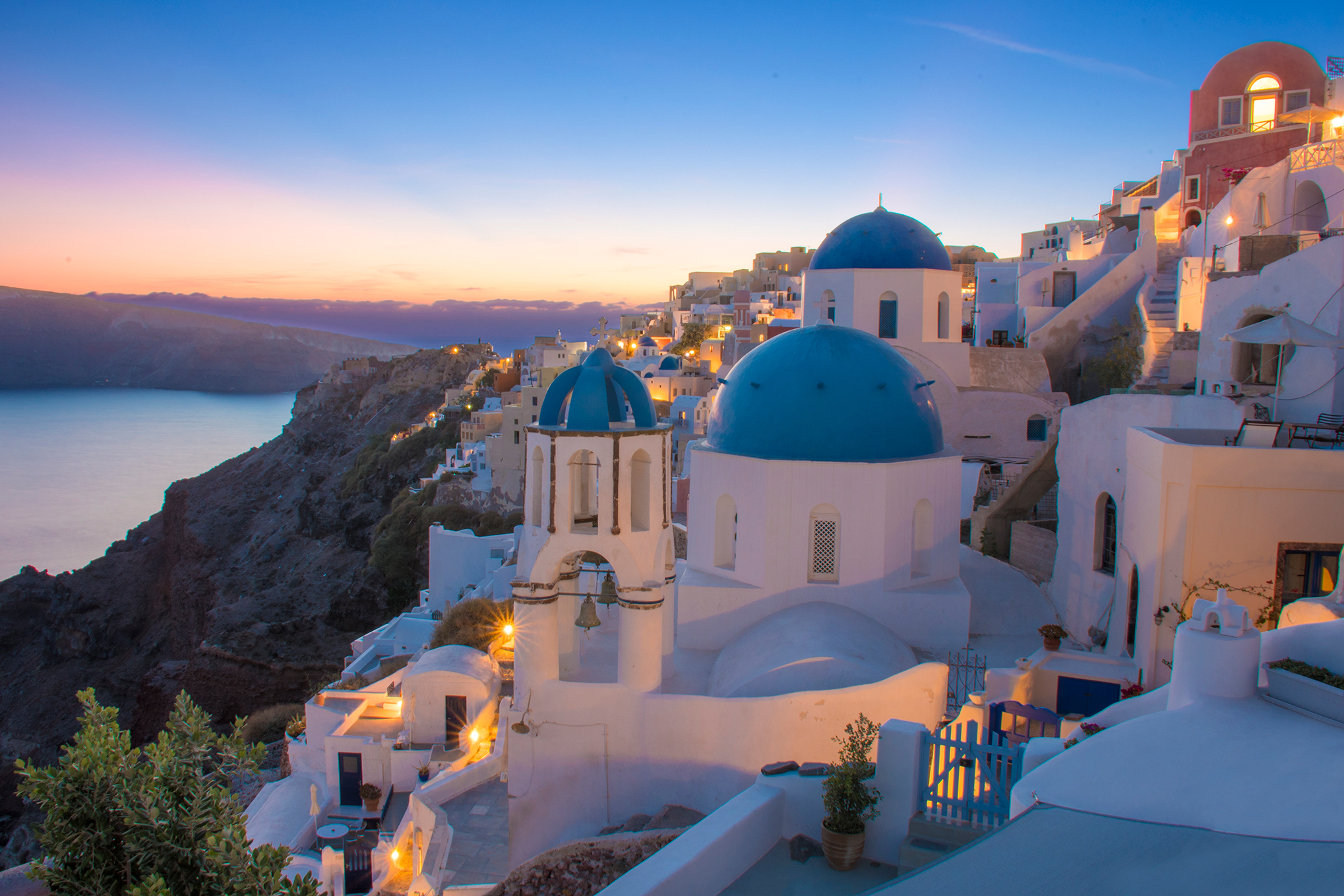 I traveled to Greece to meet my girlfriend in Europe. We ventured through Greece, but the island of Santorini was easily the most beautiful. I ended up proposing to Alyne while we were there also.

4. Mount Rainier From Above 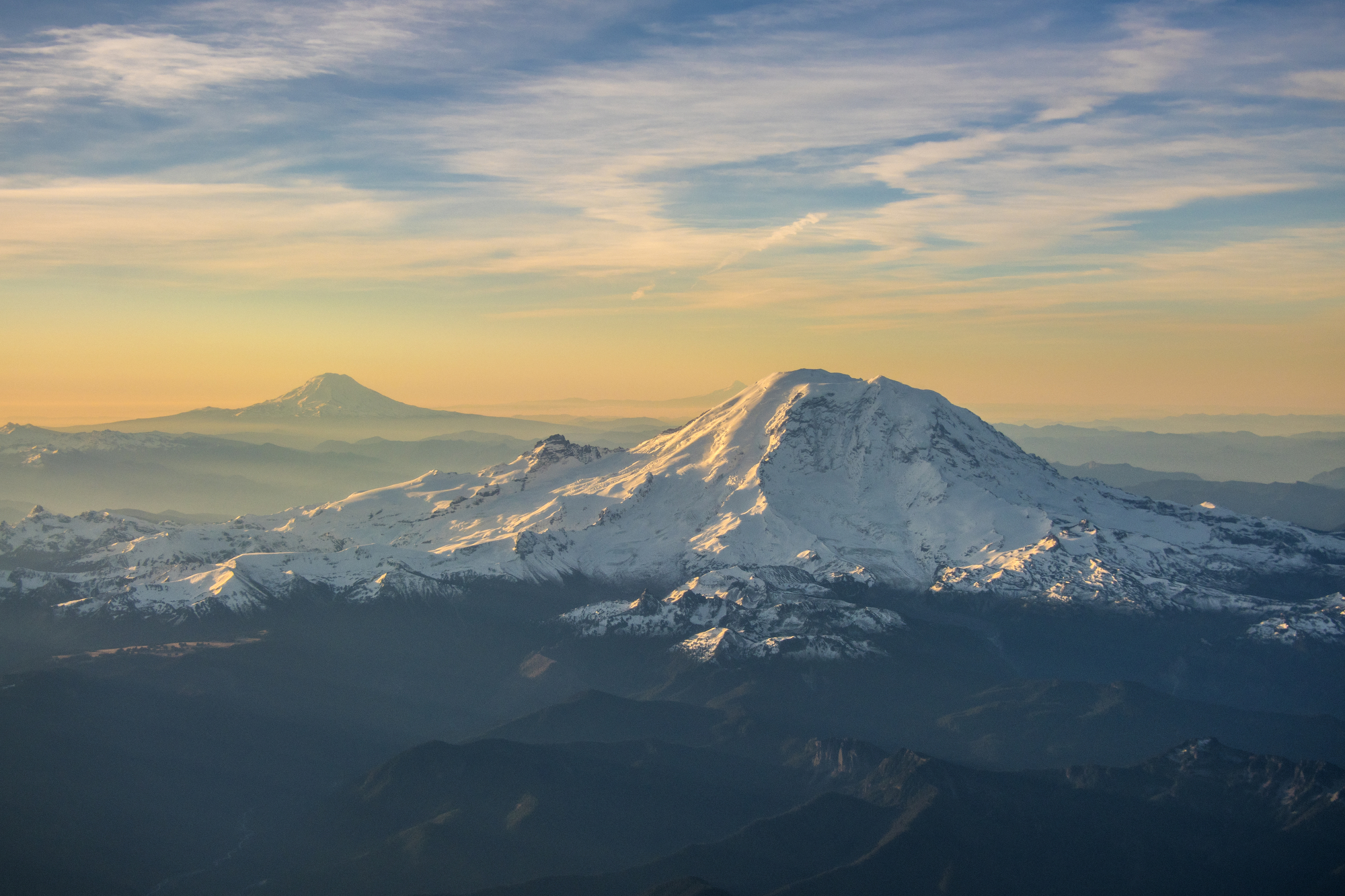 On a flight back from Austin, Texas we flew over this. one of the best “coach” captures I have ever gotten and it made up for the guy next to me snoring the entire early morning flight. 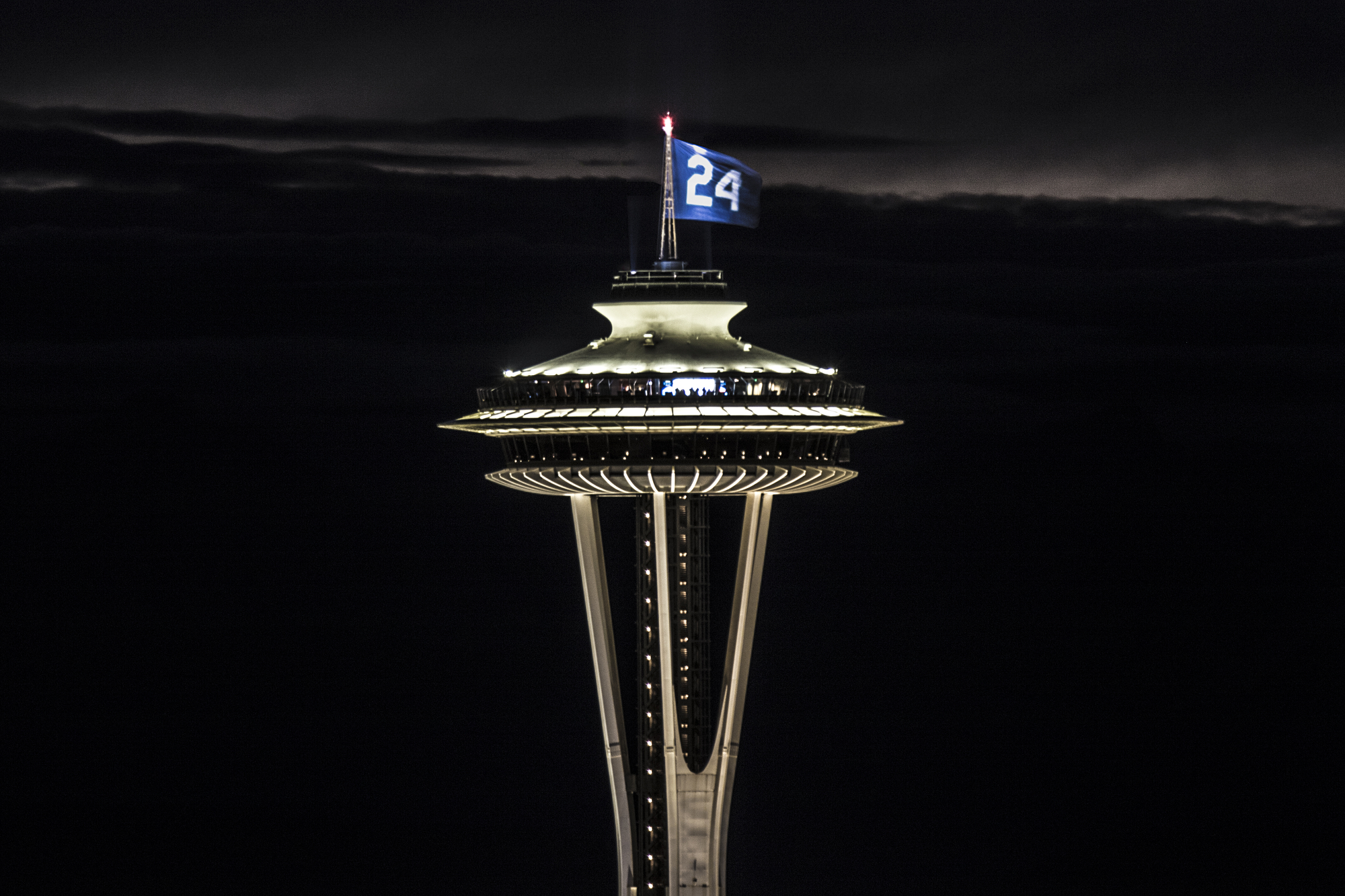 This photo is a pretty basic Space Needle photo from my Capitol Hill vantage point, but this photos was the most popular photo I ever posted getting shared on ESPN, CNN, local news outlets and by the Mariners. 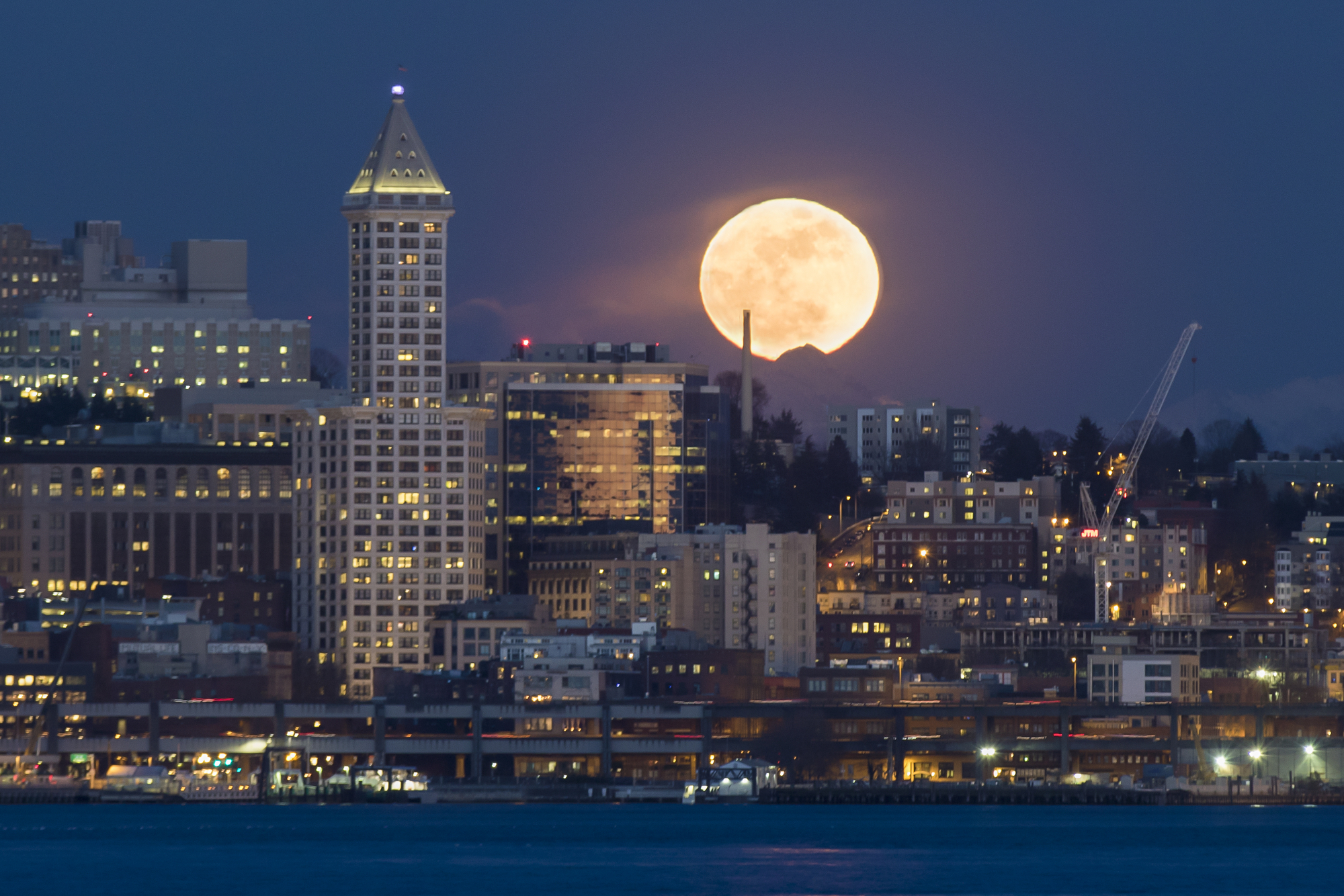 I was out capturing a skateboard video in West Seattle and luckily was in the right place at the right time to capture the moon rising over Seattle and the Smith Tower.

1. The Pacific Northwest in a Nutshell 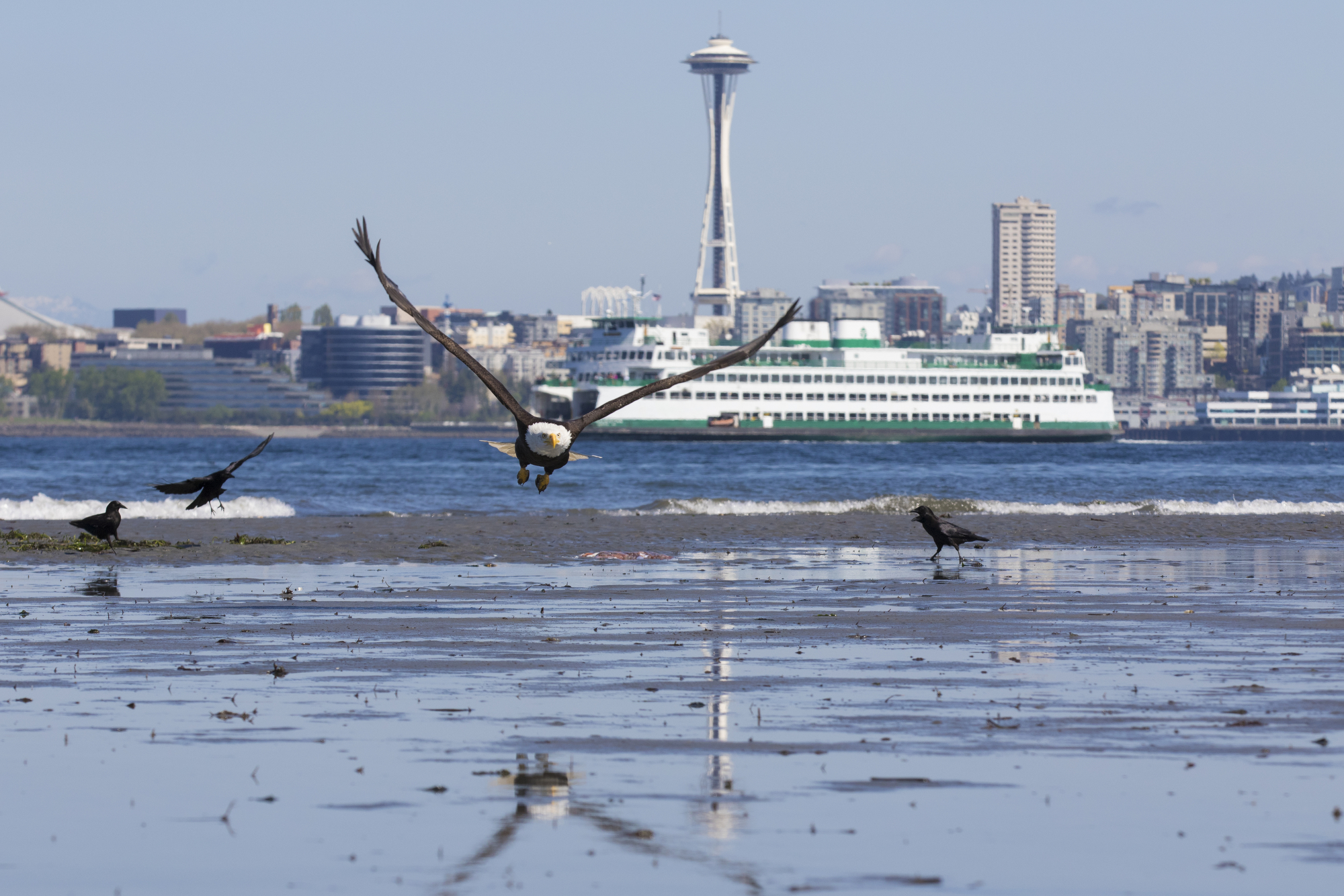 I showed up to Anchor Point at Alki Beach to shoot a skimboarding video and the skimboarders were late. I noticed a bald eagle down the beach, so I walked down the board walk and laid down on the beach hoping the eagle would fly by the Seattle skyline. The eagle did fly right by the Space Needle and I captured one of my favorite photos to date.

If you go off of social media two of my most popular photos were actually of me skimboarding and skateboarding captured by others. One at the Seattle Center that made it into Concrete Wave Magazine. Another photo of me skimboarding in the streets during Go Skate Day Tacoma when it rained. 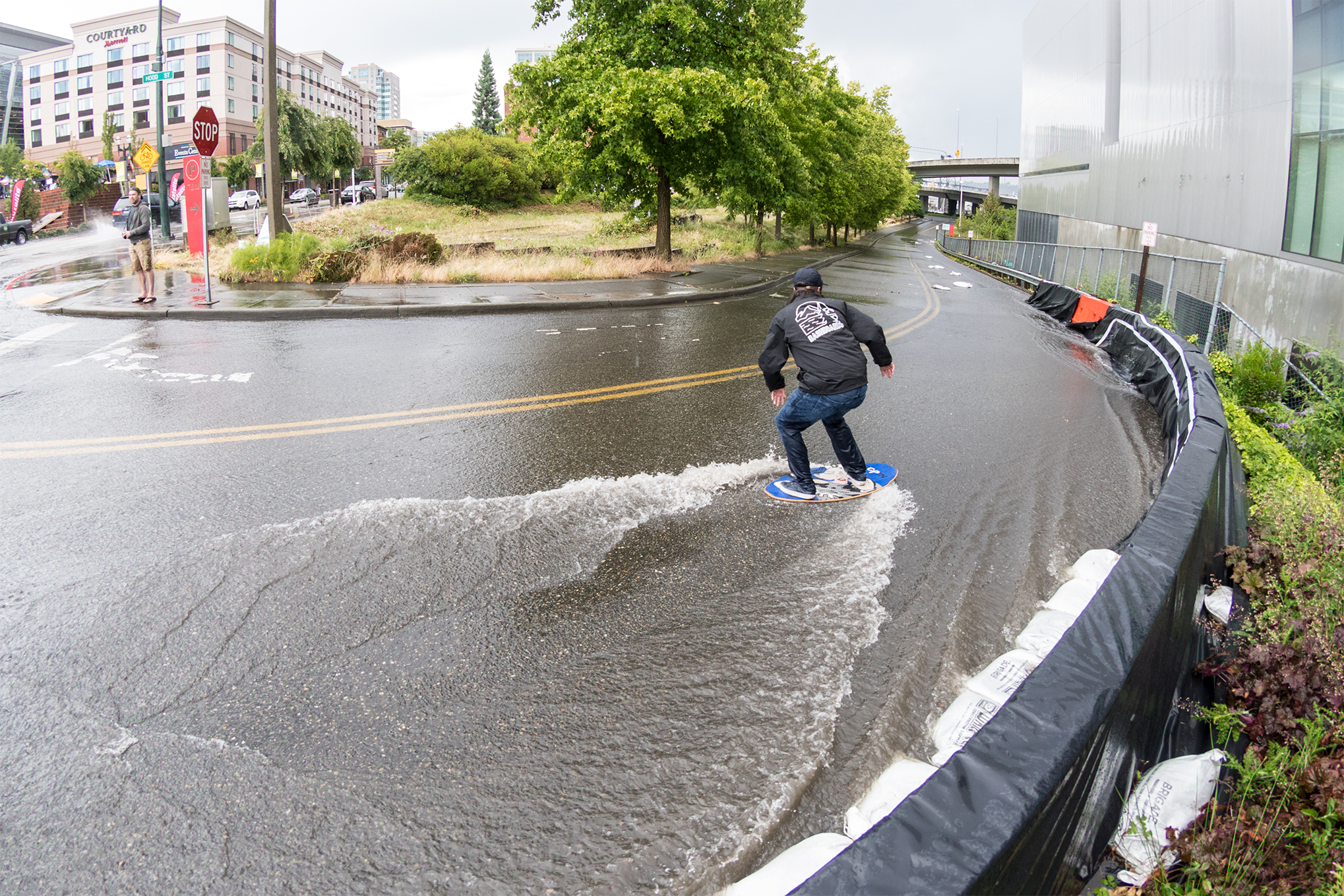 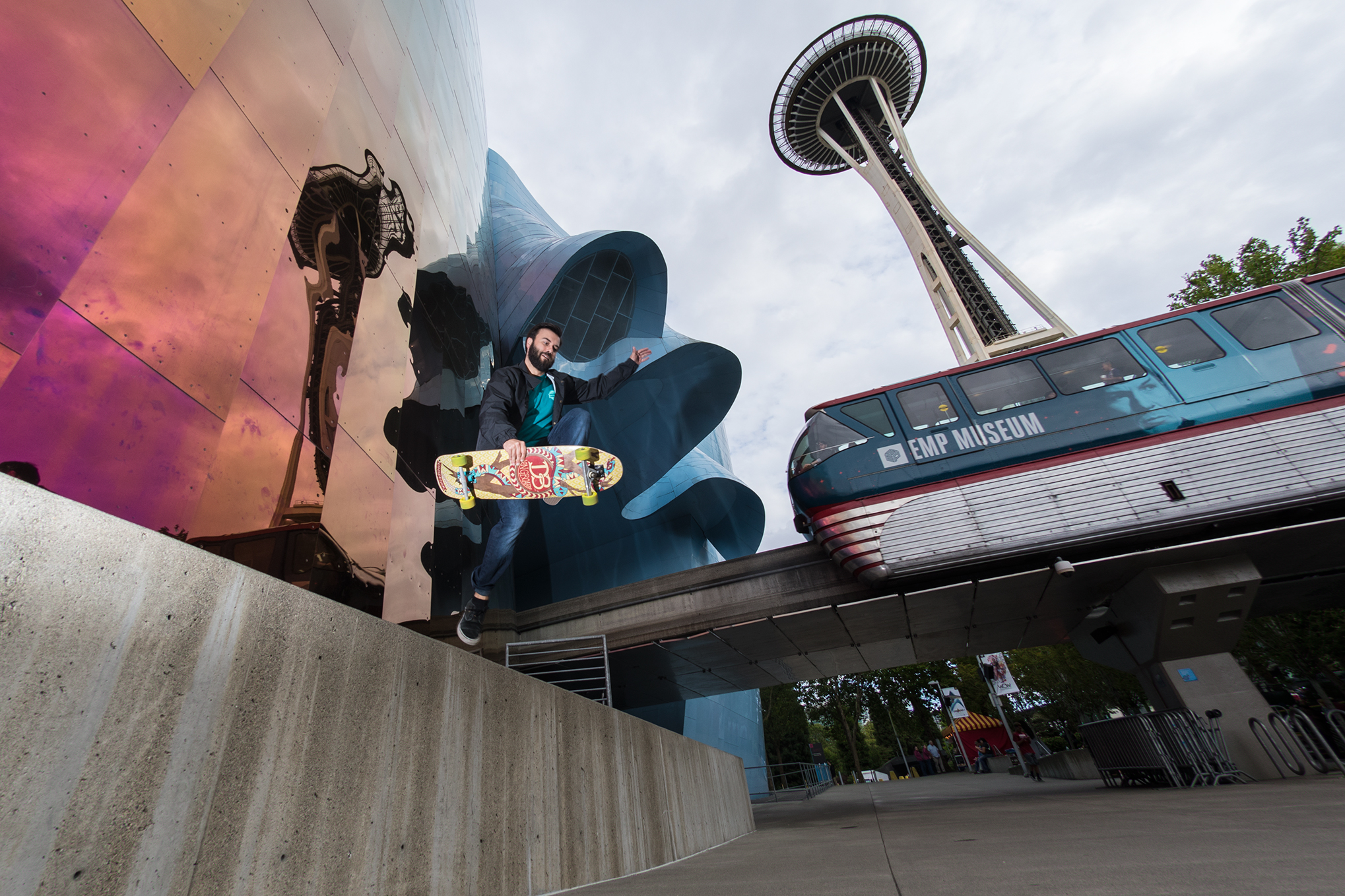 The most popular photo I posted to social media was captured the same day as my favorite photo of the year and features another bald eagle and the Seattle cityscape. Just in the right place at the right time for that one. 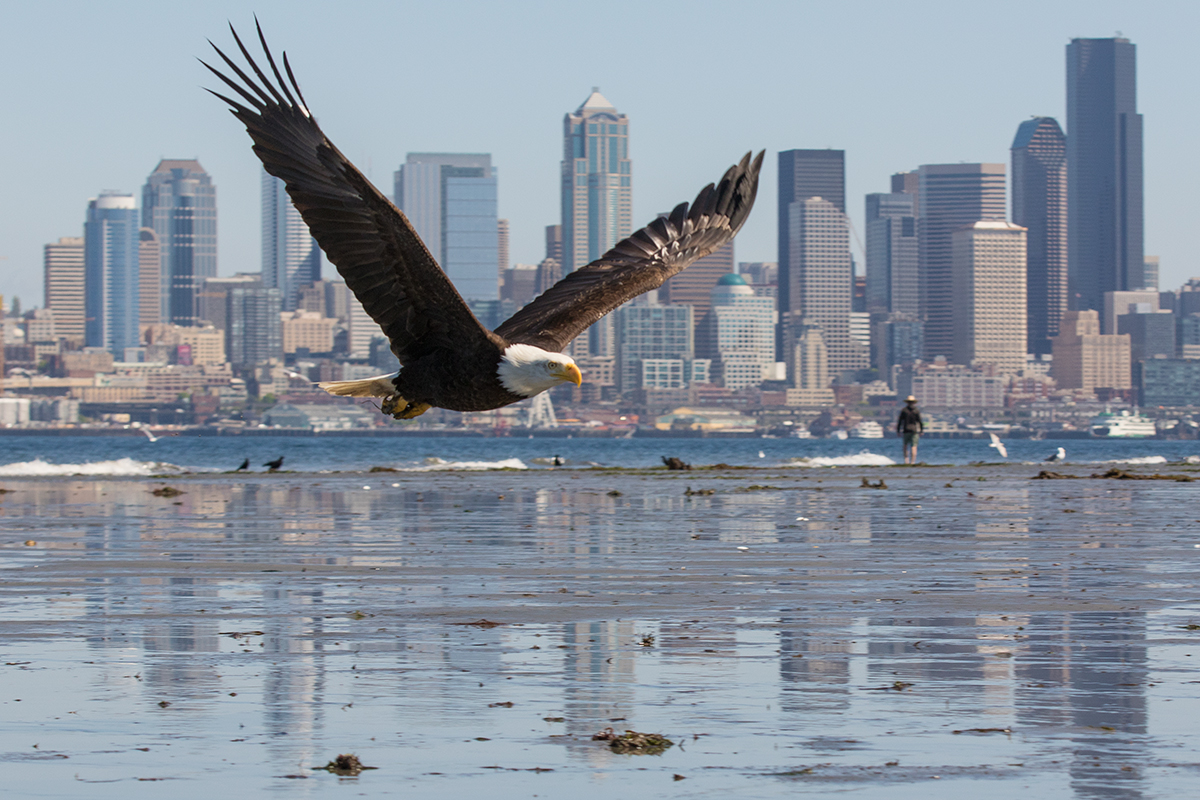 And those are my favorite photos from 2016. Excited for 2017 and to see what photo opportunities it brings.