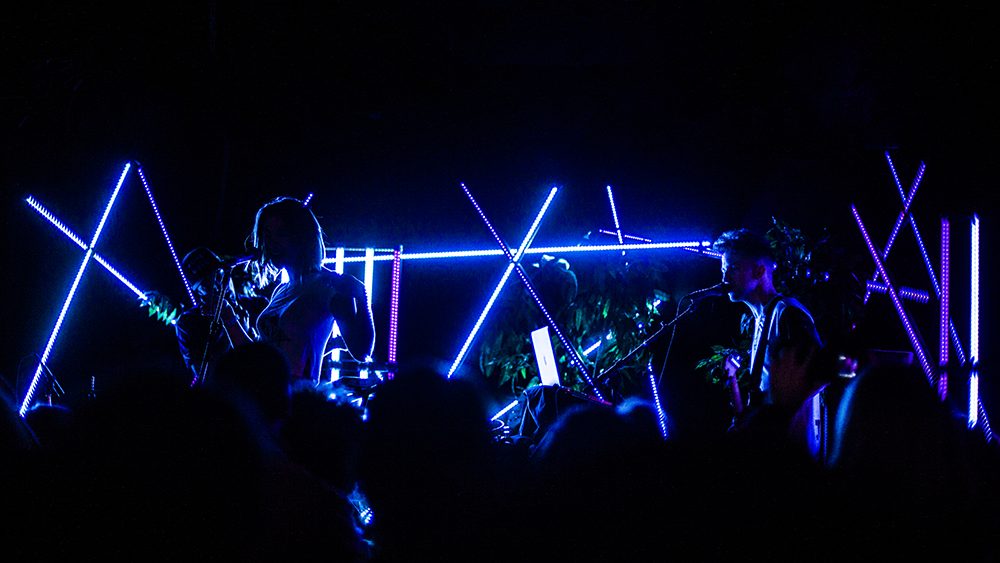 I have not been to a live show or taken photos at one since last spring, but that all changed last night. I ventured to Chop Suey to watch Flavr Blue along with DJ 100 Proof and it was well worth the trip. 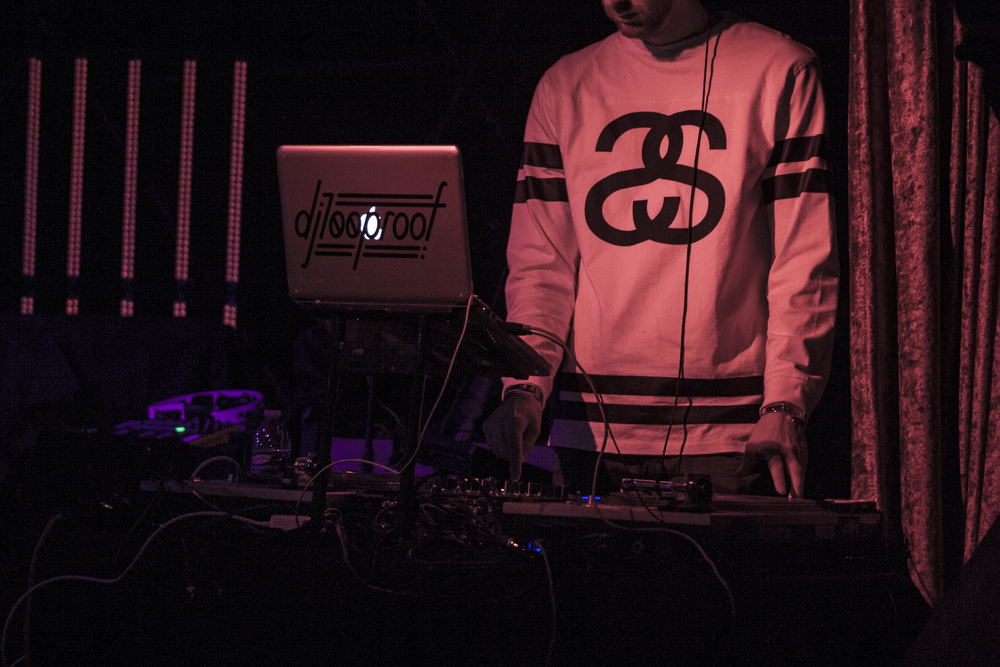 DJ 100 Proof warming up the crowd above. “It’s like he is playing my Soundcloud playlist,” said Austin Santiago of D0206 about 100 Proof music selection.

Geo of Blue Scholars was also in attendance as a special guest host of the show. 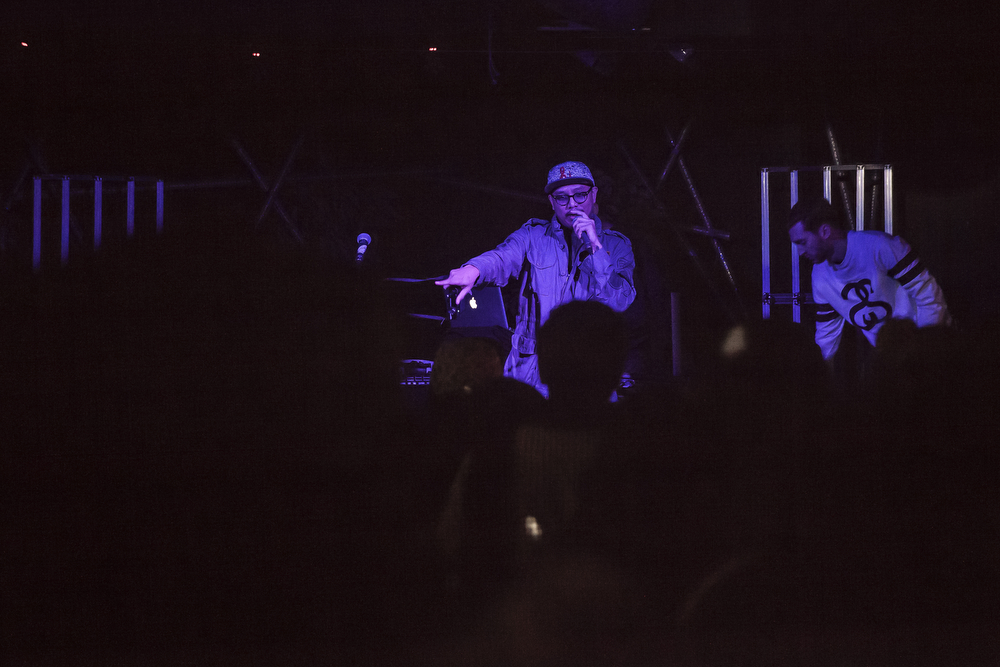 Casey of Sensebellum made these photos possible with his expert lighting skills and you can checkout some of those photos of Flavr Blue below. 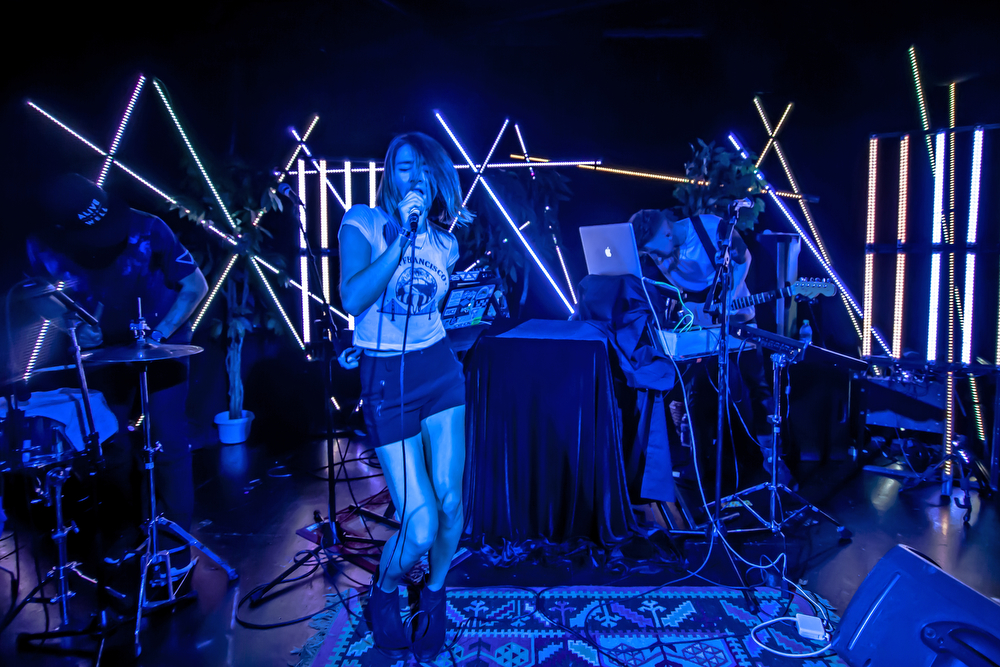 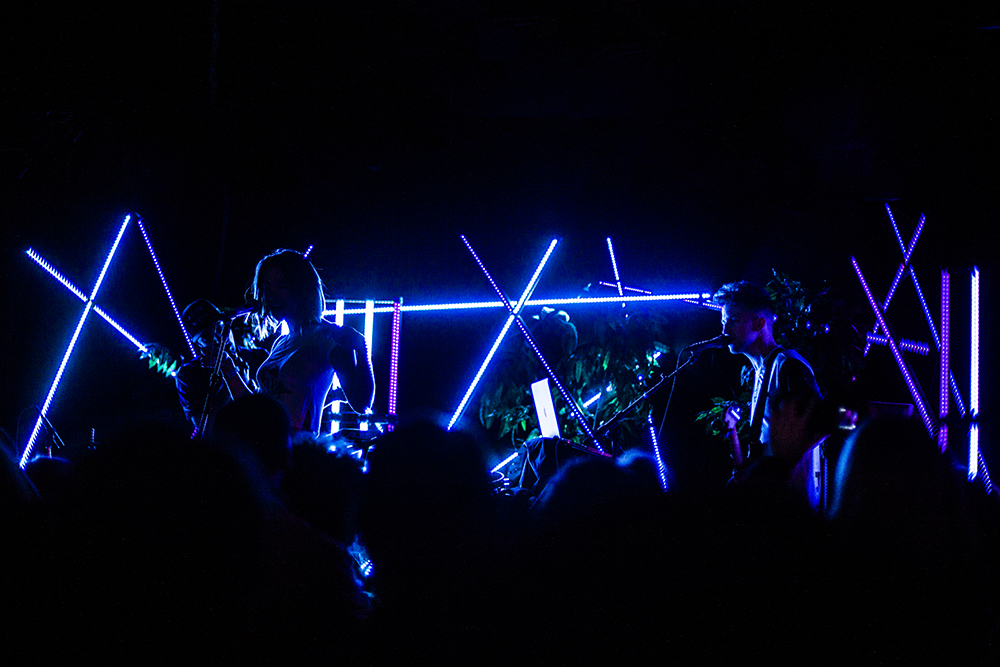 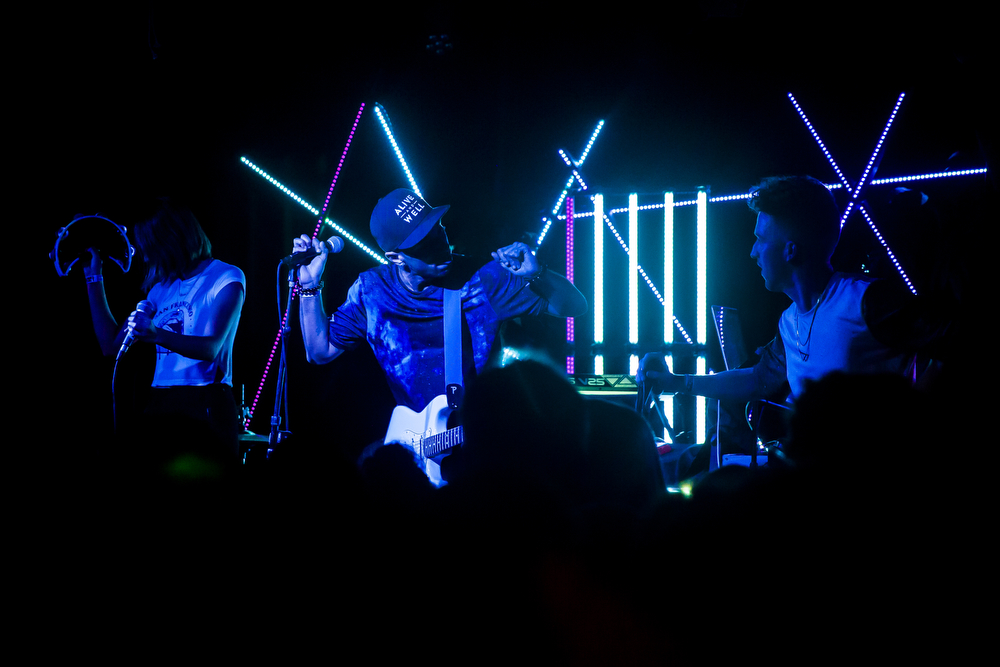 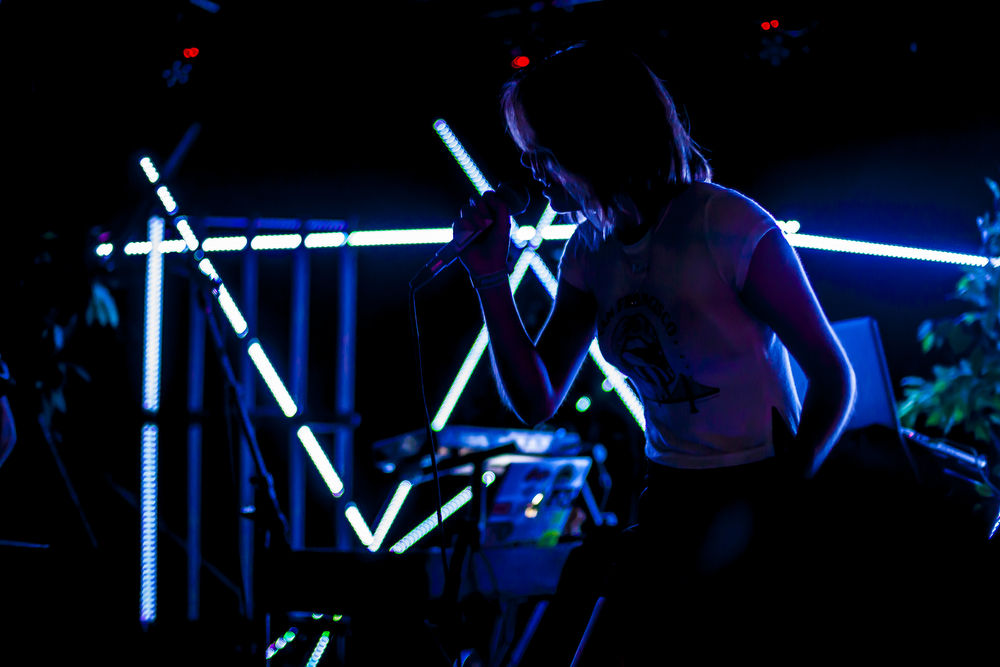 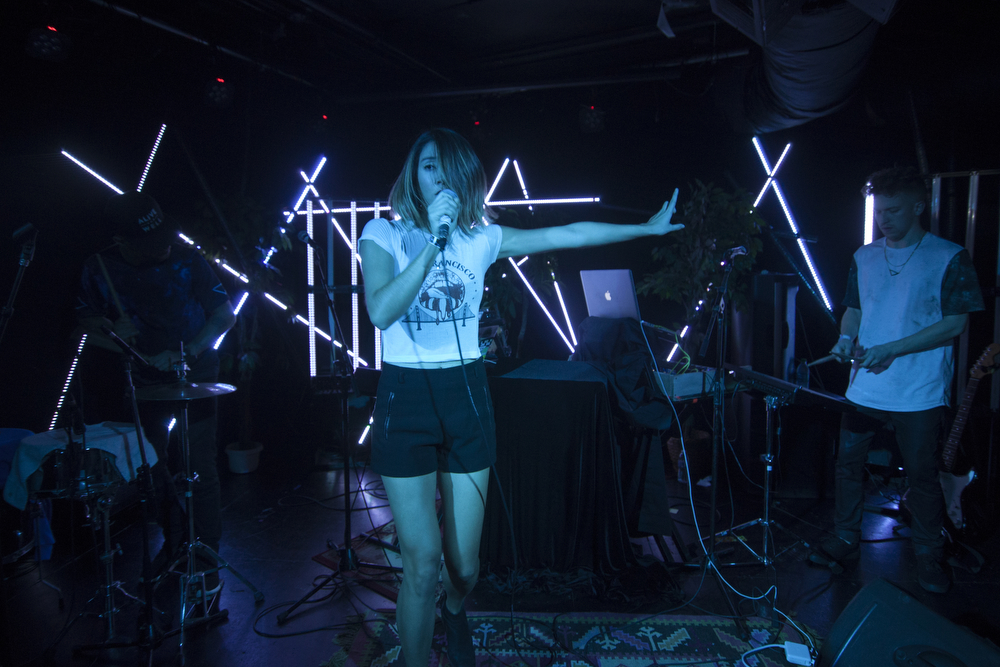 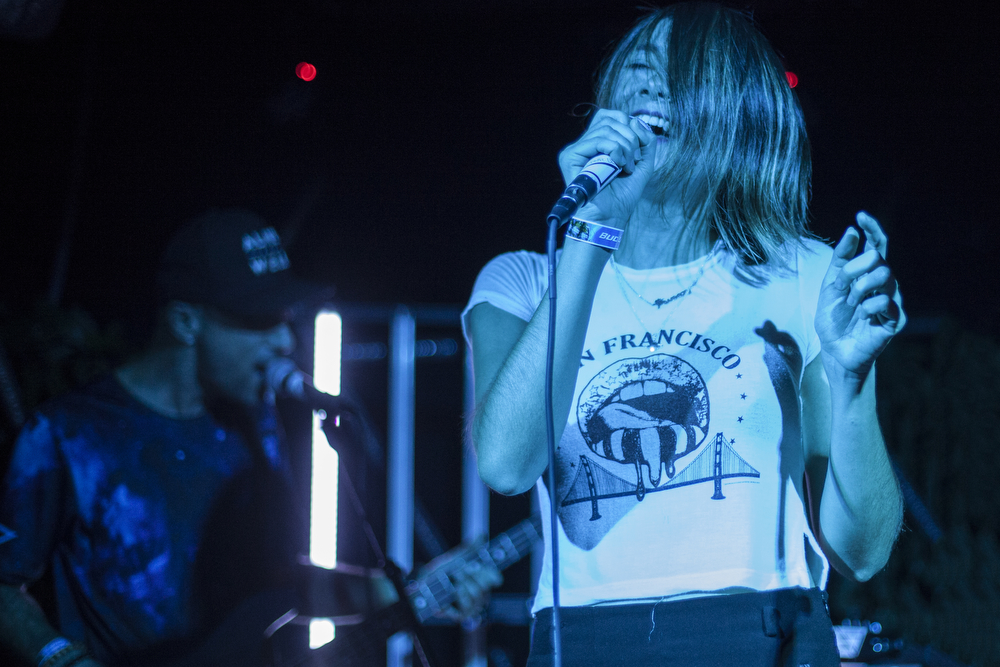 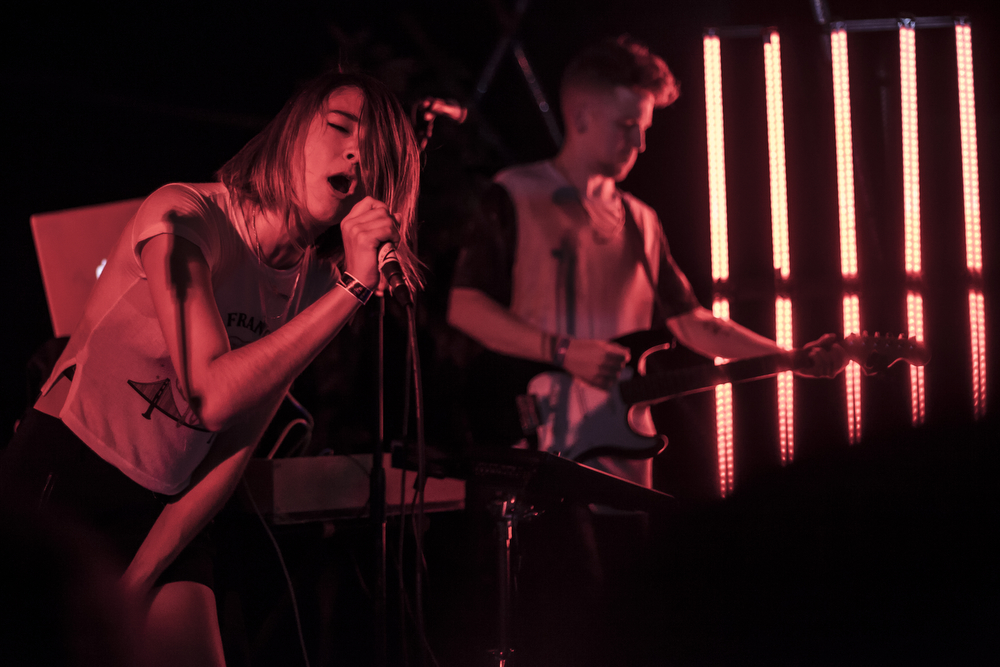 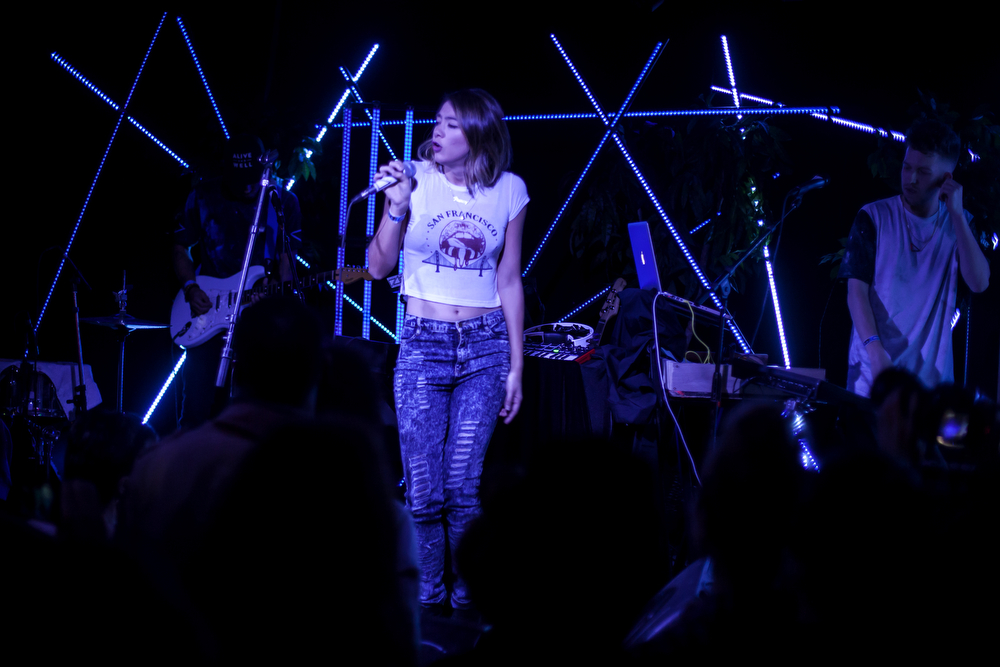 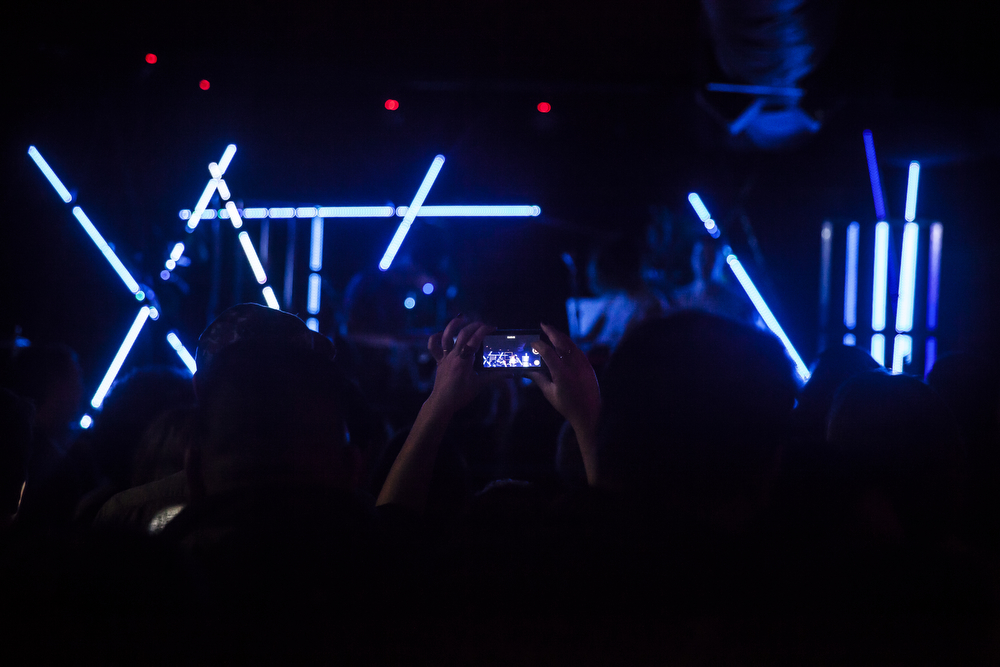 The Flavr Blue performing live at Chop Suey in Seattle for the The Love Notes EP release. 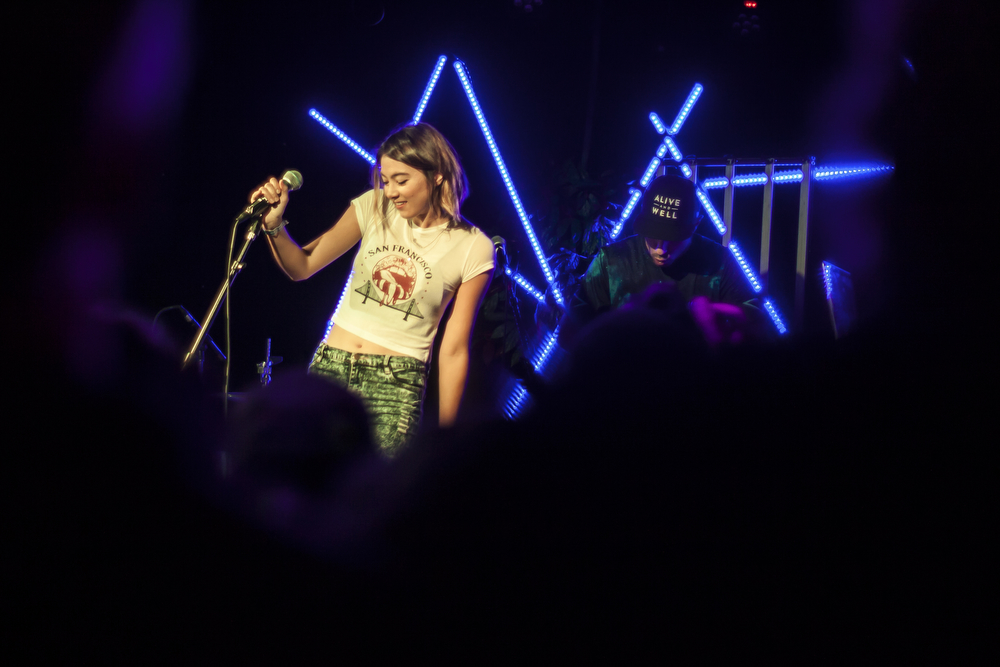 About the Flavr Blue:

After a summer of major milestones, the Seattle-based trio the Flavr Blue is about to deliver their most anticipated release yet: The Love Notes EP, a collection that marries the group’s crackling energy with a soulful musical wisdom inherited from influences ranging from Cut Copy and Miike Snow to Feist and Sade.

Within just this year, the band put on a show-stealing main stage performance at Seattle’s Capitol Hill Block Party that landed them on the front page of the Seattle Times, has seen their single “We Can Go Blind” play in heavy rotation on Sirius XM, and had one-off collaborations “U Crazy” and “Pretty Girl” crack 100,000 plays on Soundcloud. Their latest single, “Feathers,” was Song of the Day and in regular rotation at Seattle’s vaunted indie station KEXP, and they’ve gotten enthusiastic coverage from the likes of Billboard and Complex.

The band’s success is driven by the way its members — lead singer Hollis Wong-Wear, whose voice graced the Billboard Top 20 hit “White Walls” by Macklemore & Ryan Lewis, and singer/producers Lace Cadence and Parker Joe, each with a litany of Seattle hip-hop and R&B releases under their belts — weave their voices and eclectic experimentalism within a rich electronic landscape. It’s been that way since the beginning, when they first built tracks in a half-bedroom turned studio in Parker’s Beacon Hill townhouse. It grew as they translated the sounds to wild live shows, for crowds both charmed and electrified by their combination of heartfelt soul and energetic electronica. Even Questlove tweeted his affection for the band’s live performance after watching their set at the Brooklyn Bowl.

Love Notes pushes the Flavr Blue’s sound further still, toward an even deeper musicality; they effortlessly blend a range of textures that recall Aaliyah’s slinky sensuality, Beach House’s washed out reverberations, and Prince’s fidelity to the pop hook. The music is still passionately handmade; Love Notes, like releases before, is a true collaboration between three creative minds (and, like their earliest music, was recorded mostly in that same half-bedroom). It’s that spirit — a collective enveloping and integrating of new sounds, their DIY ethos matched with a captivating polish— that truly defines the Flavr Blue, and makes their future so promising.