2017 Photos Of The Year In Seattle

2017 has a crazy year in the news and with politics, but that didn’t stop it from being a beautiful year through my lens. Here are some of my favorite photos captured in 2017! 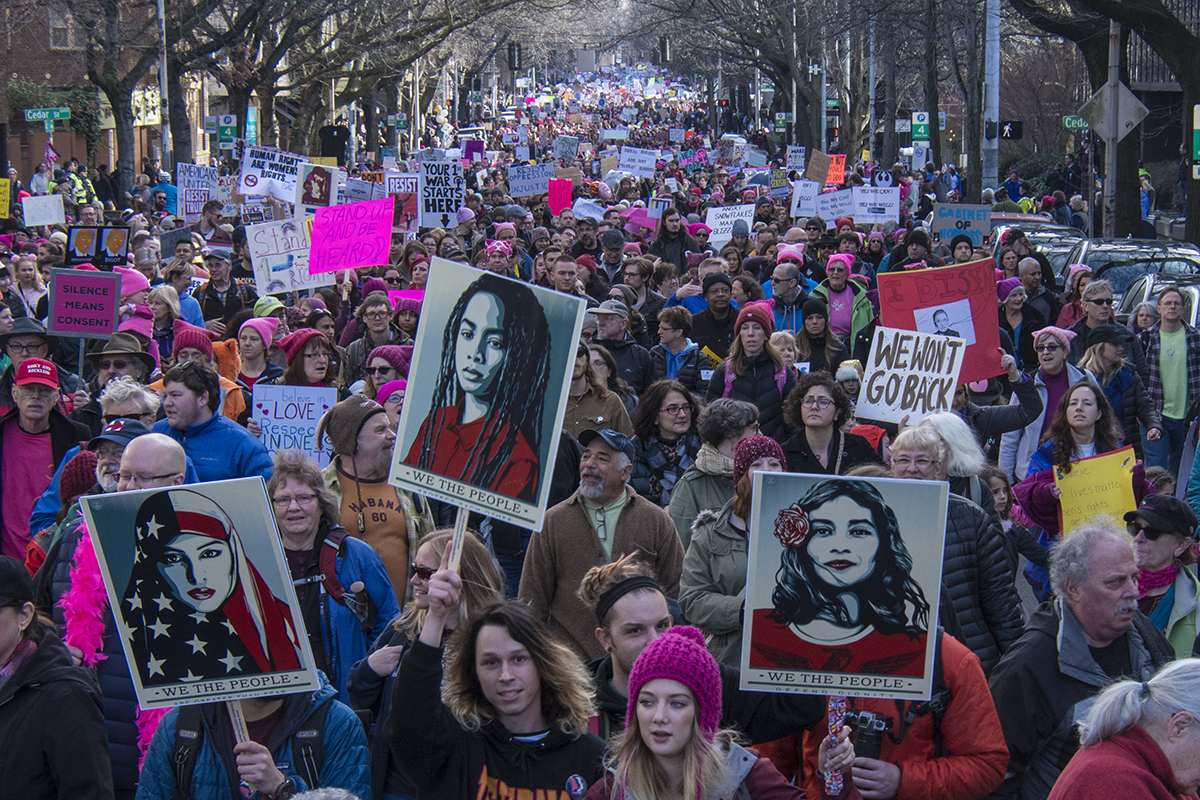 The view of the Women’s March on Seattle with record setting crowds on Jan. 21st. 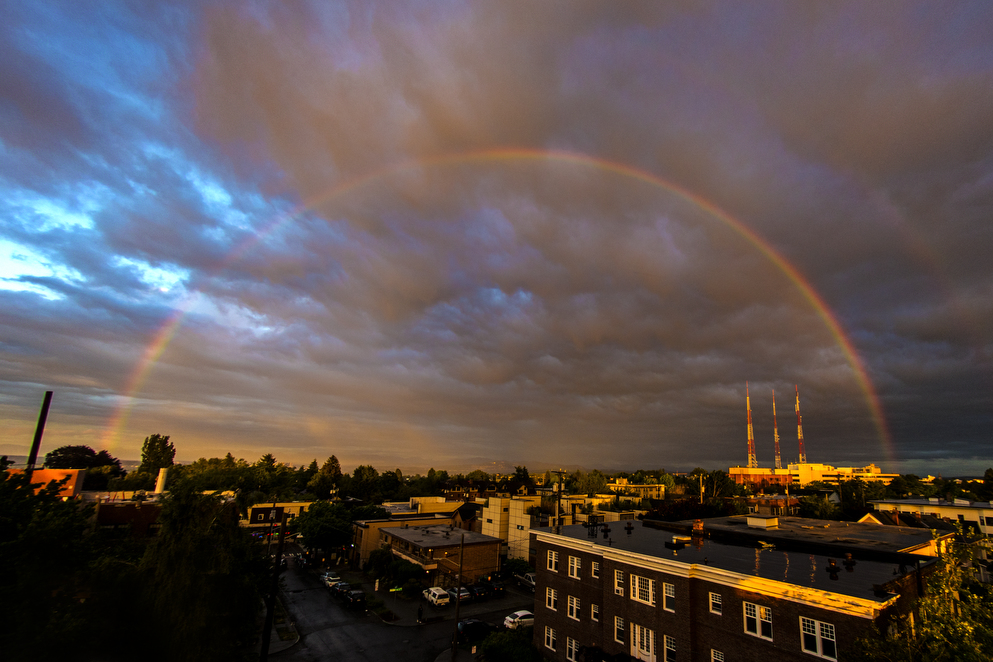 A summer solstice sunset brought us an amazing rainbow over Capitol Hill. 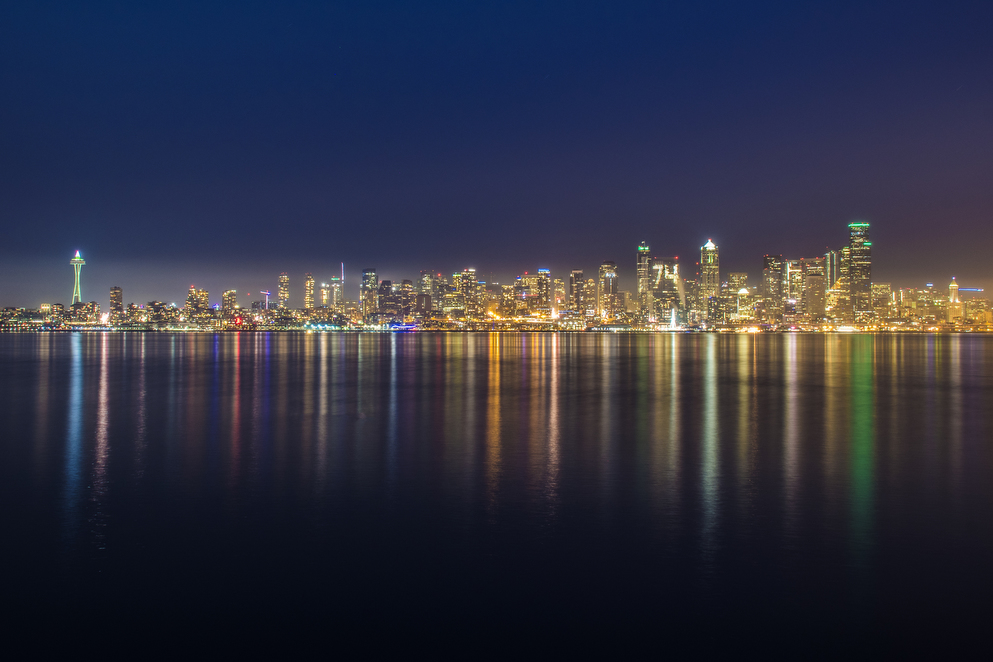 The lights of Seattle always look the best from Alki Beach in my opinion. I think this photo supports that statement.

Warm Summer Nights On The Waterfront 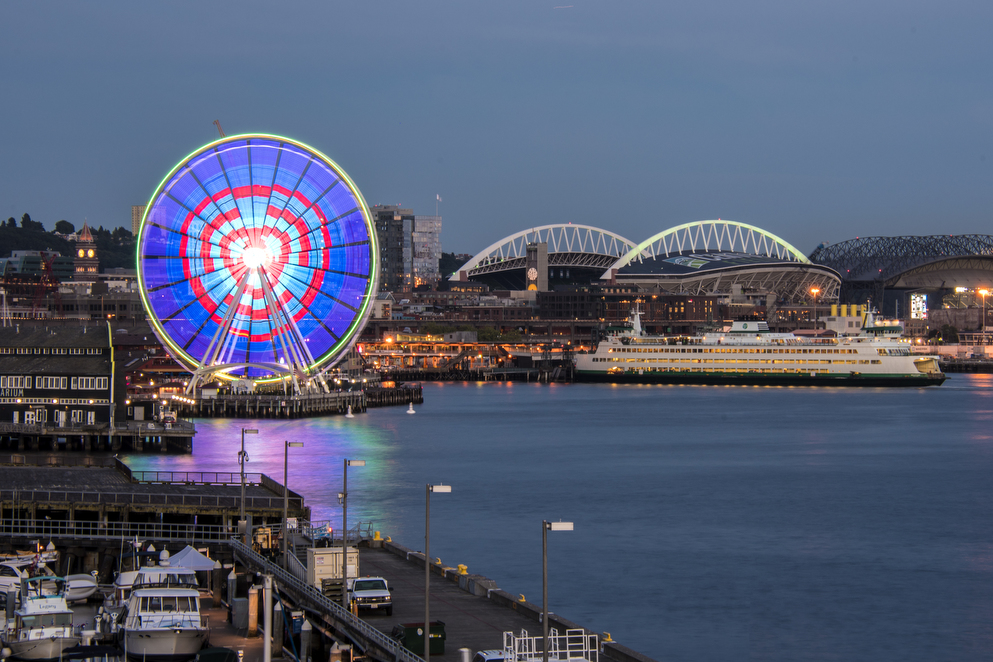 It was a beautiful warm summer night on the Seattle Waterfront and I took a few photos and this was my favorite from the evening. 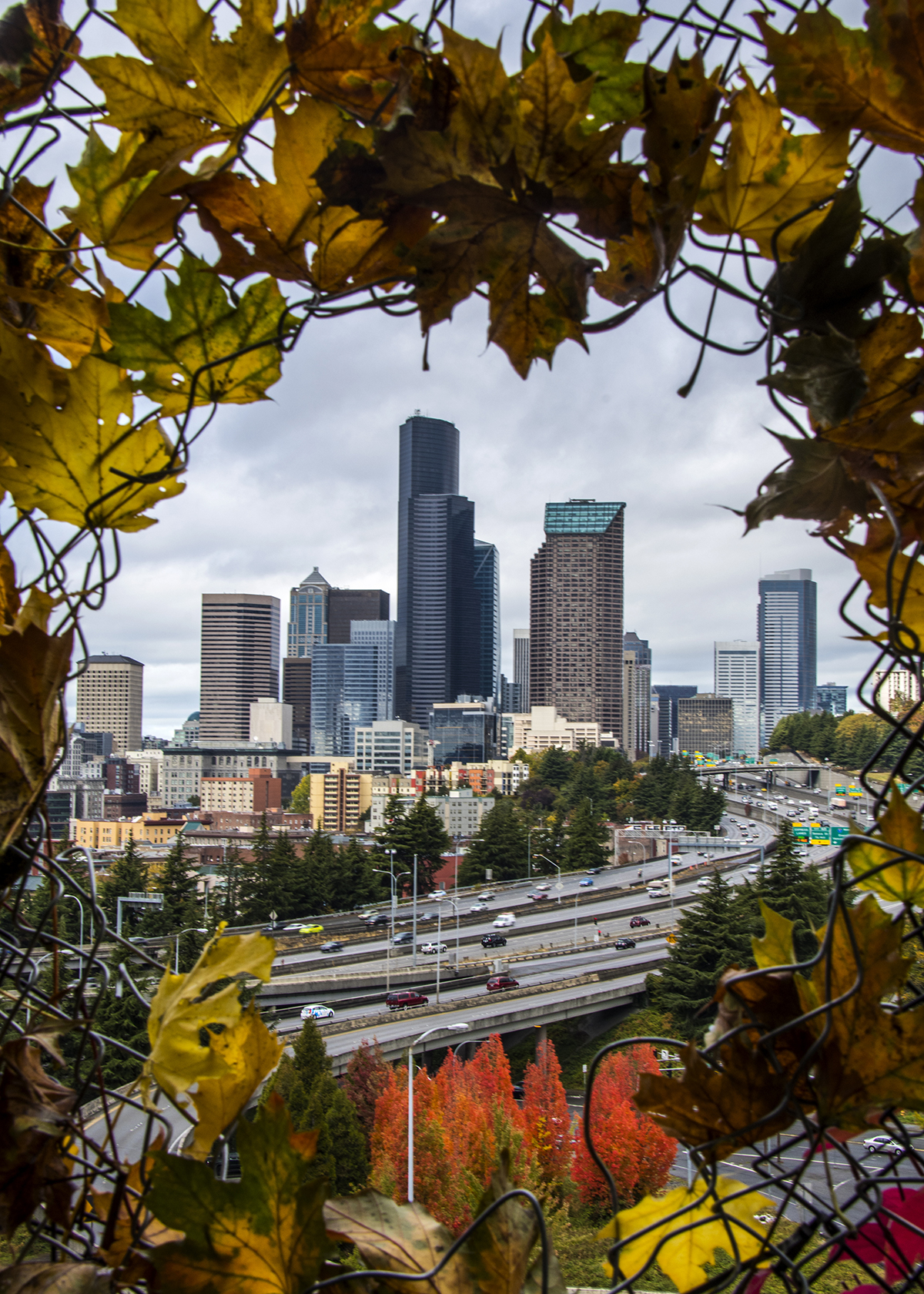 I spent quite a bit of time pushing leaves in the hole in the fence at Jose Rizal Park. I think it was worth it for this photo.

Seahawks From The Sideline 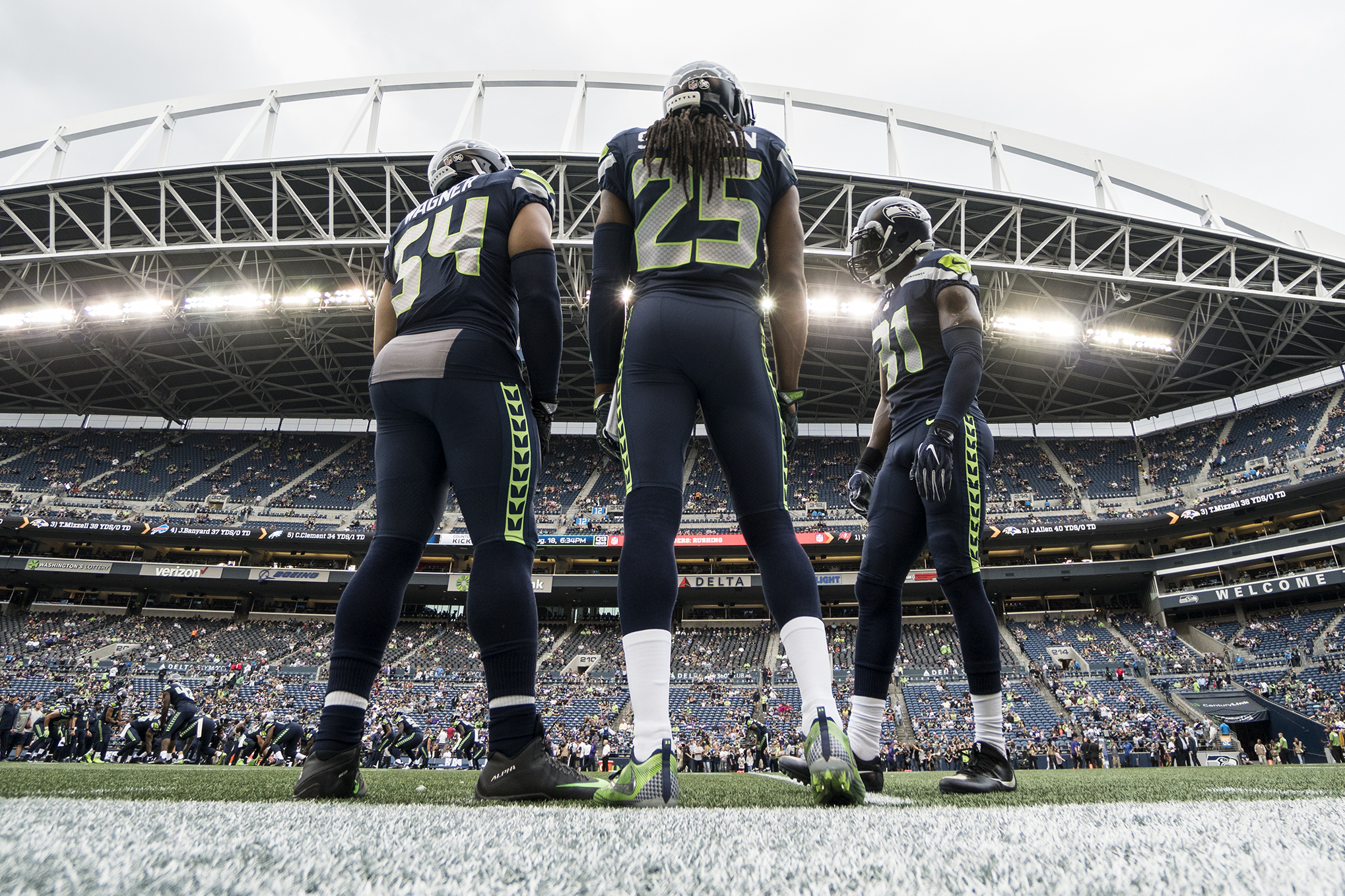 I was lucky enough to capture a coiuple of Seahawks games and one of my favorite photos was Kam Chancellor, Richard Sherman and Bobby Wagner talking on the sideline before the game. 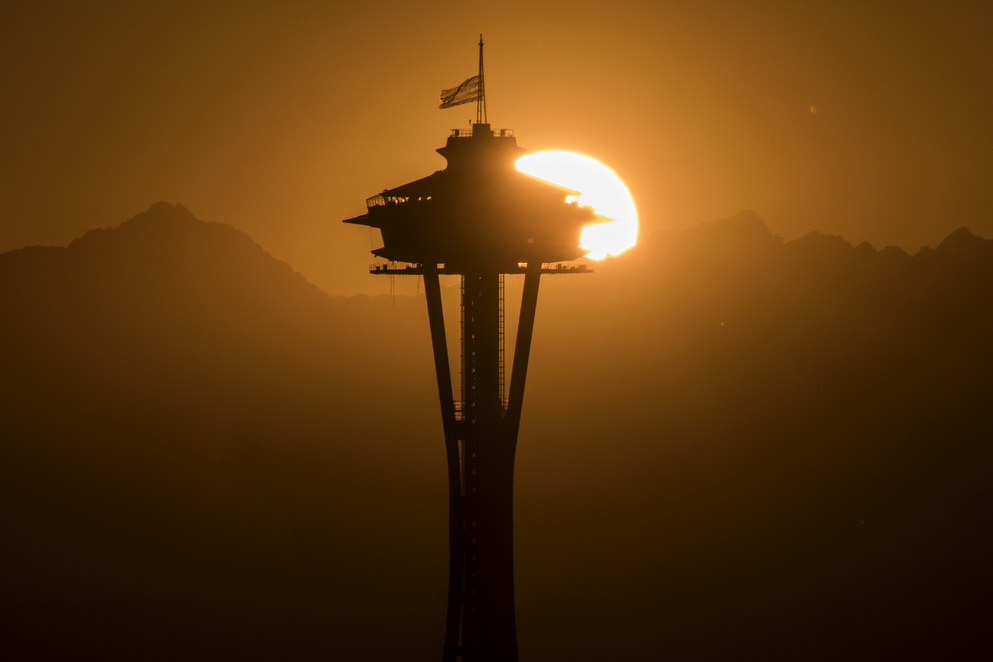 The view of the Space Needle at half mast on Oct 2nd after the shooting in Las Vegas that took the lives of over 50 people. 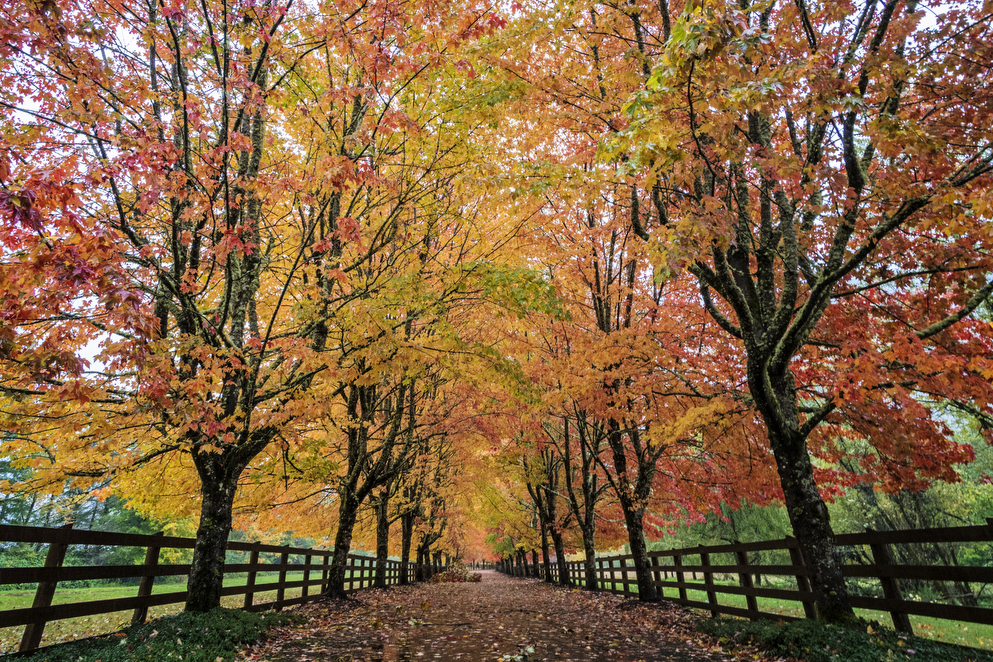 My first time capturing that classic drive way in Snoqualmie. I will be back next year for sure! 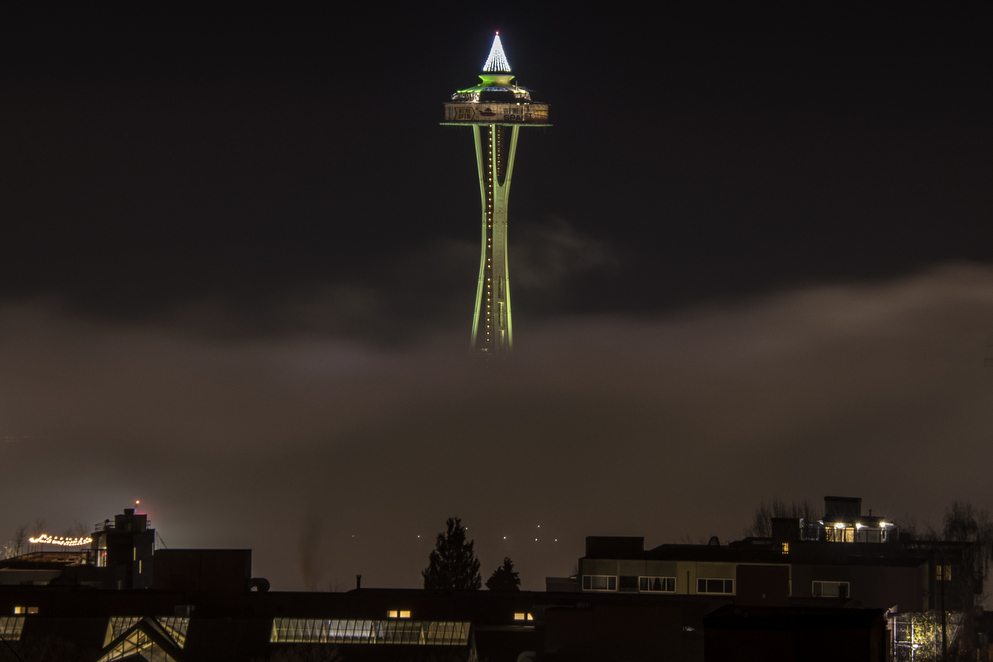 It was the night before the Sounders were in the MLS Cup and the fog rolled it for about an hour. I was very lucky to capture a few frames of it. Just with the Sounders won the next day. 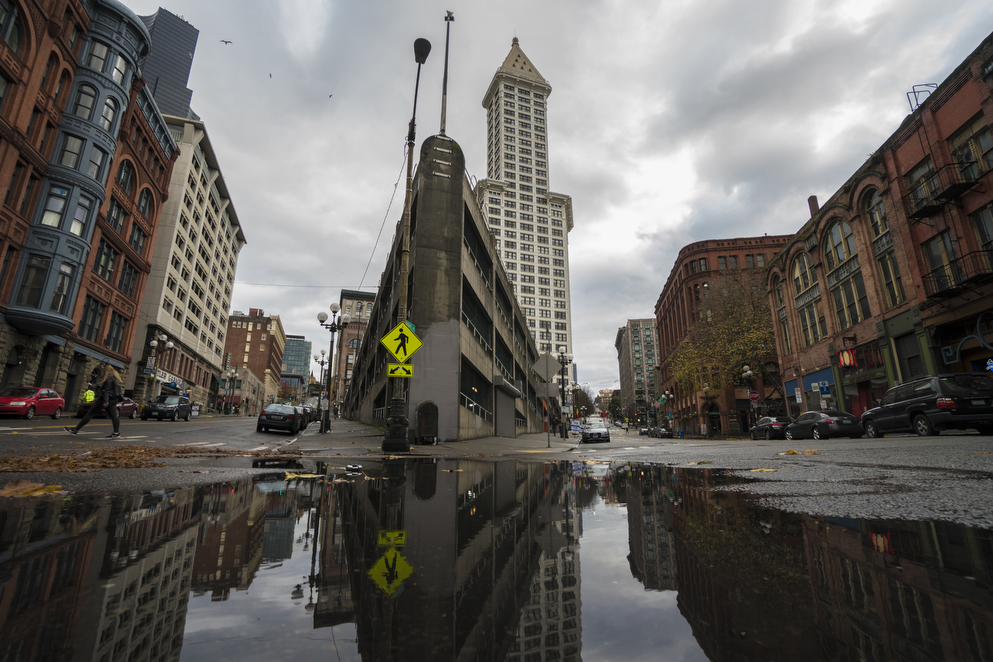 I was waiting to capture some family portraits in Pioneer Square and decided to capture a few puddle photos. This one was my favorite. 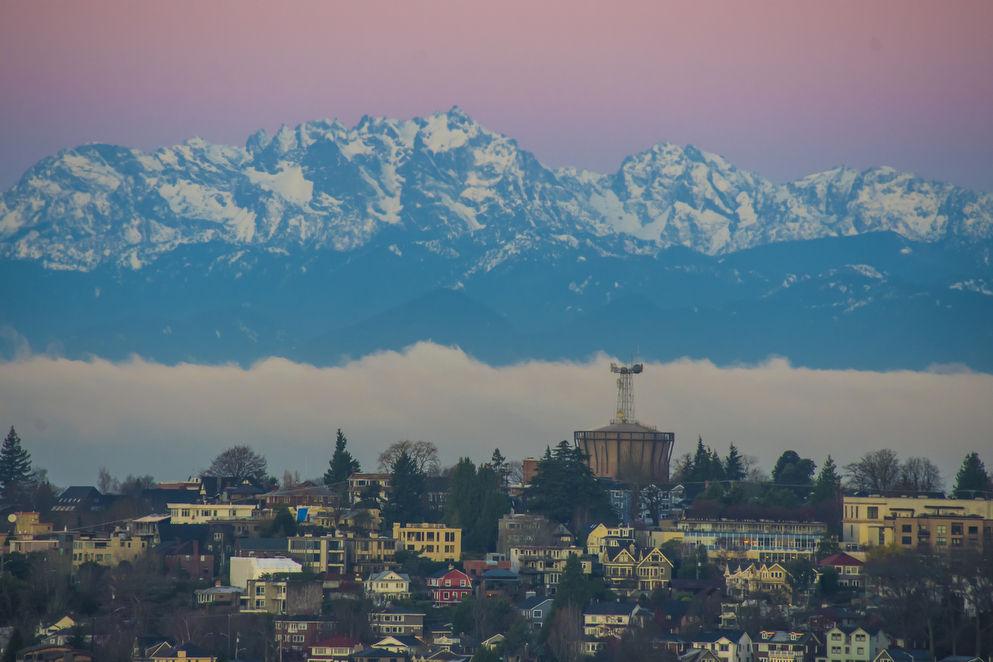 The fog separating Queen Anne Hill and the Olympic Mountains at sunrise. It was a great way to start the day. 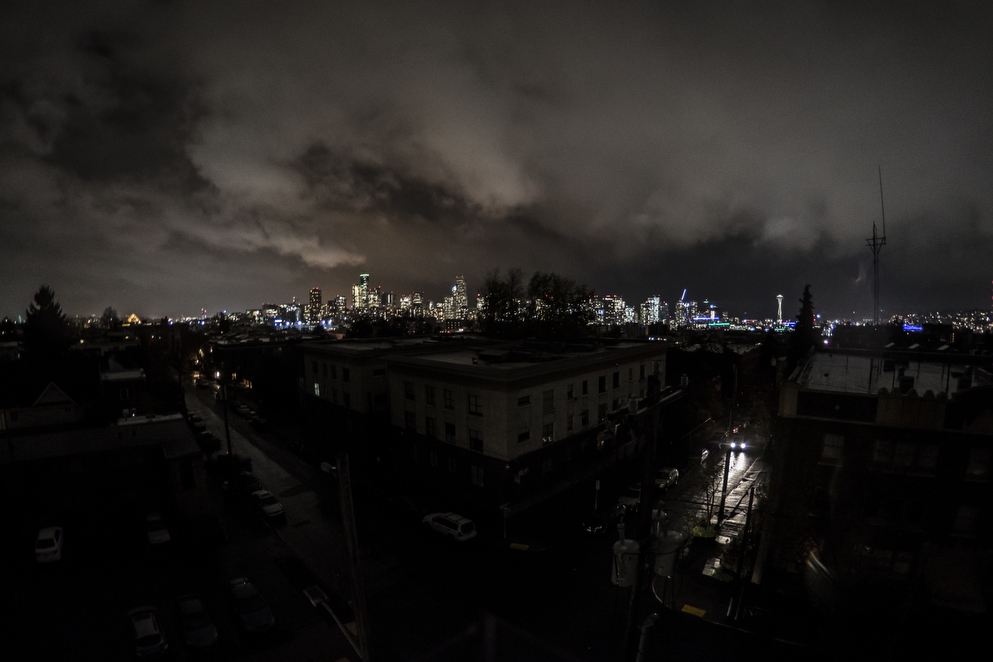 Due to high winds in Seattle the power went out in lots of areas all over Western Washington. I captured a photos from the top of Capitol Hill where you could see the separation of areas with power and without. 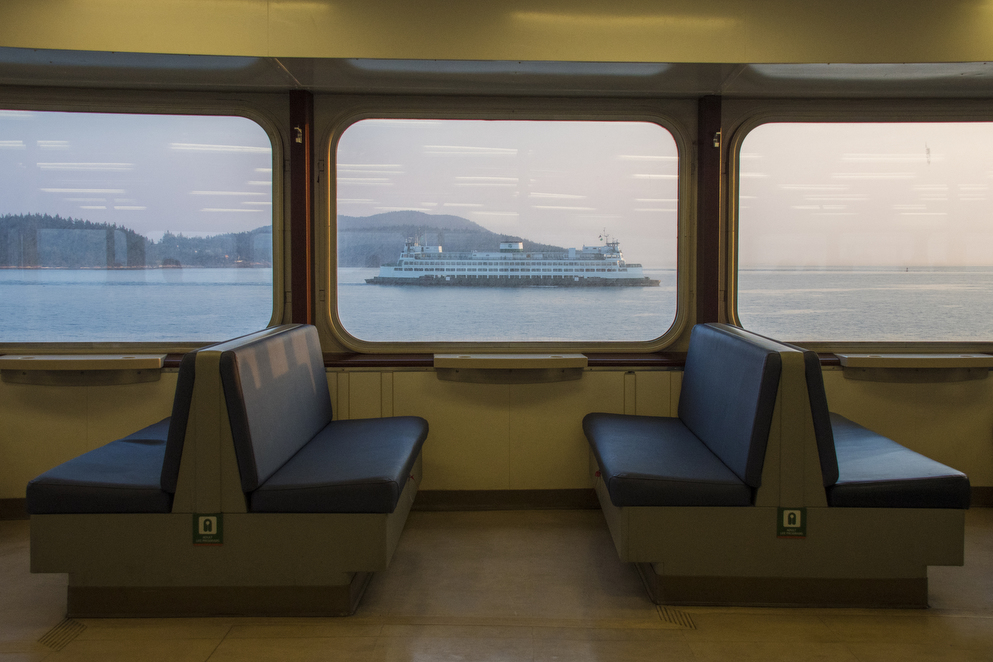 I captured this photo on my way back to the San Juan Islands after I got married. It was a peaceful ride and a moment I will always remember. 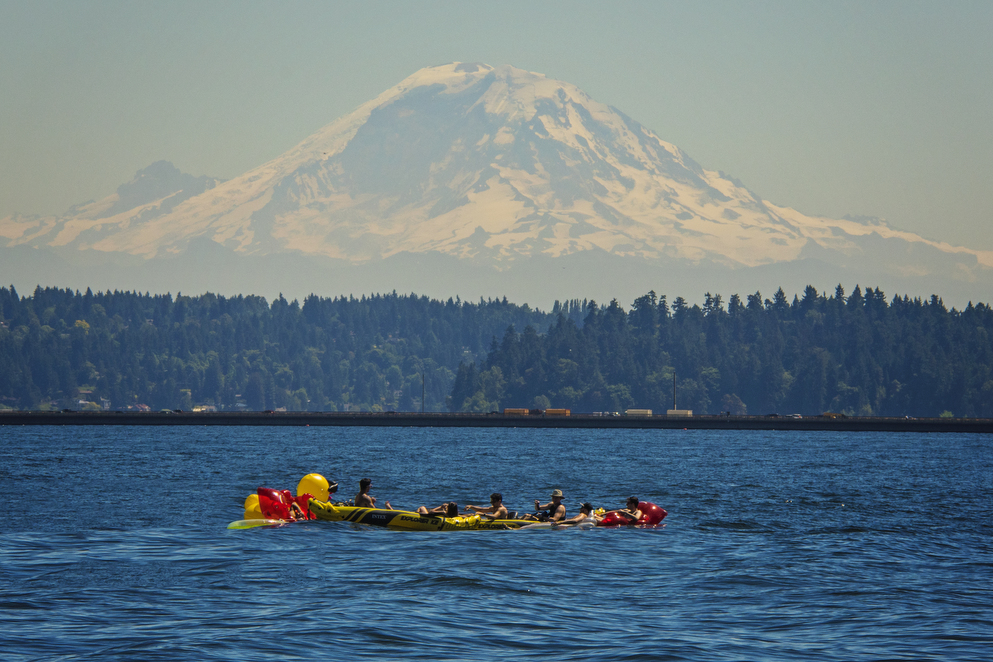 When it’s hot grab a floatie and hit the water! A group of people brought all their floating devices together and enjoyed a day on the lake. 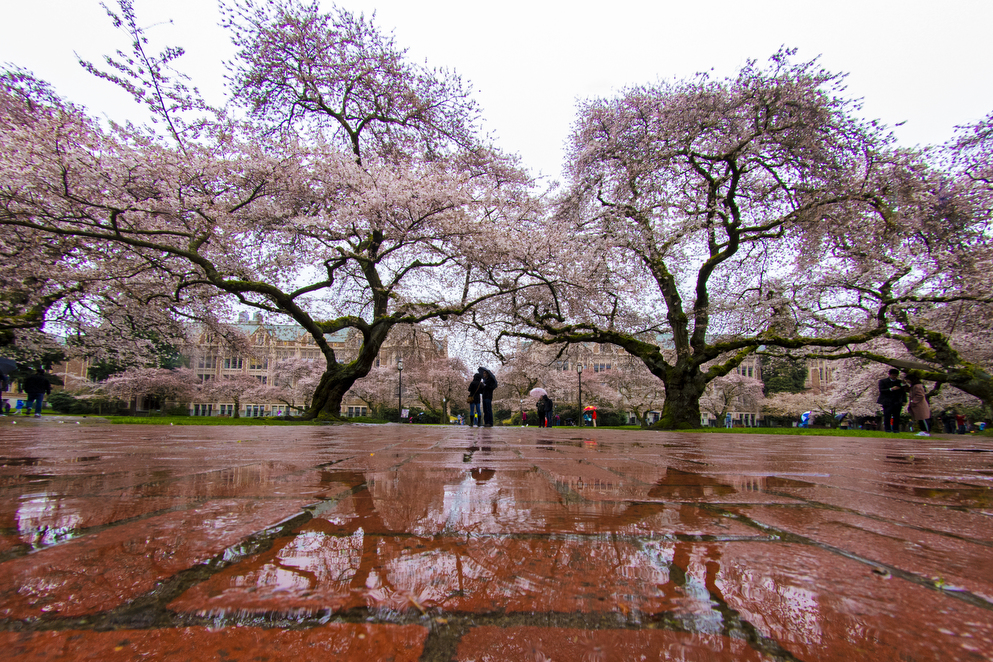 One of my favorite annual photo opportunities is the cherry blossoms at the quad on the UW campus. This year was no different. 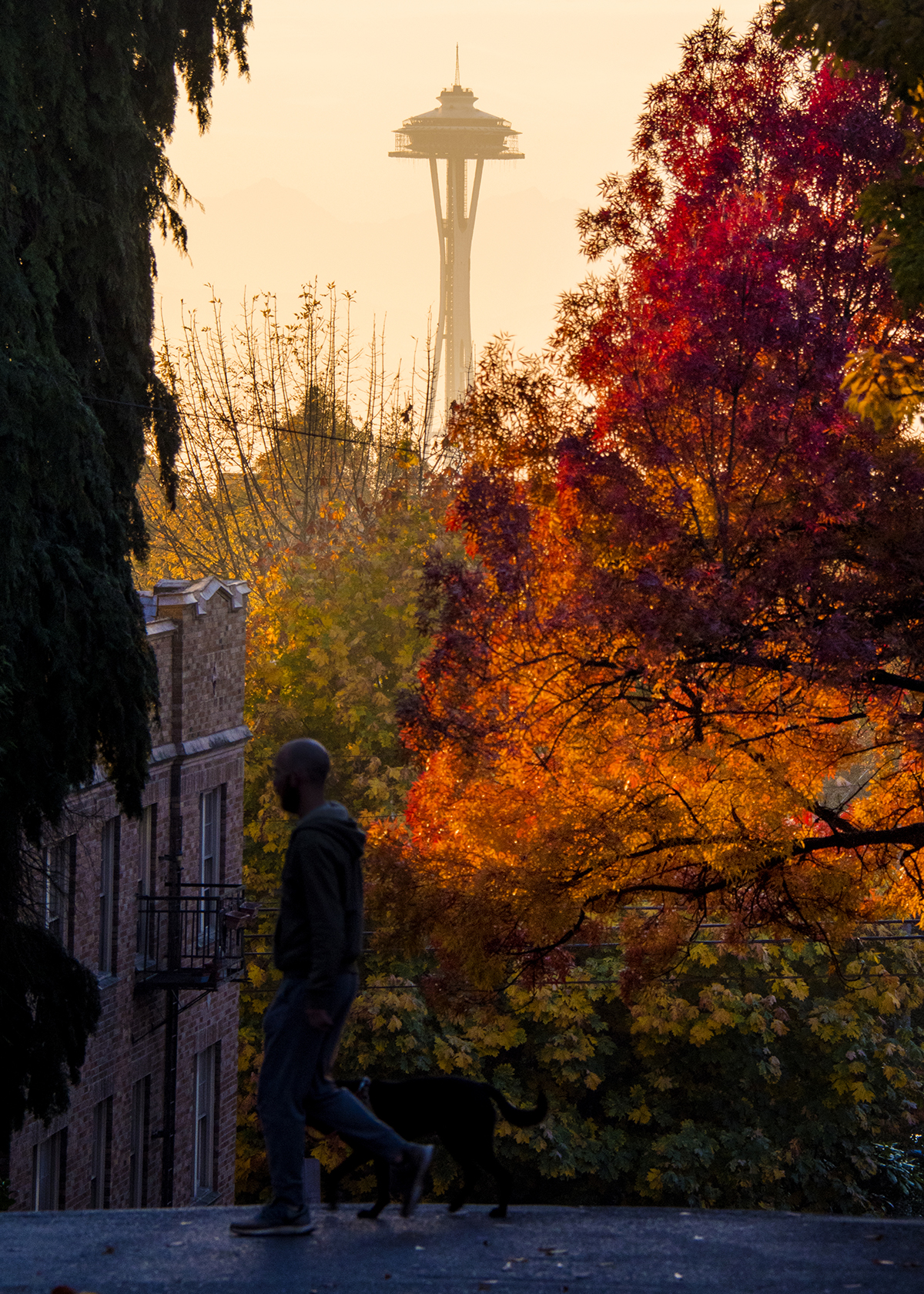 I stood on the street corner waiting for someone to walk buy at golden hour and lucked out. A lot of photos are just plain luck. 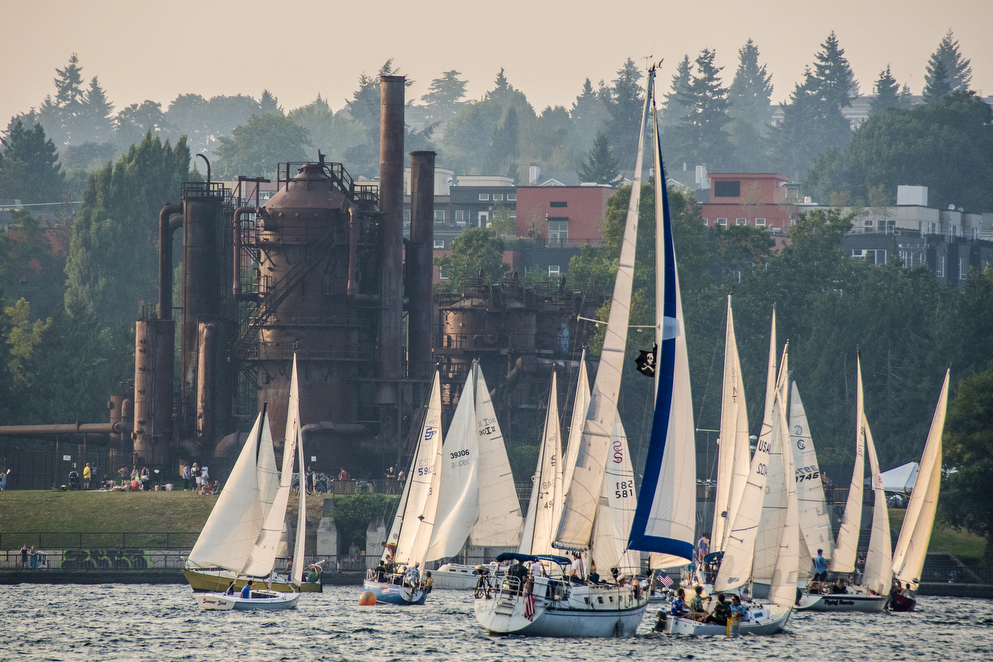 I ventured out on a sailboat in Lake Union for the Duck Dodge sailing races and managed to capture some fun photos like this one.

And here is a timelapse highlight video I created featuring some of my favorite timelapses I captured for Do206 and Spark Creative in 2017.

On that note, I am excited to see what 2018 will bring! Happy New Year everyone!