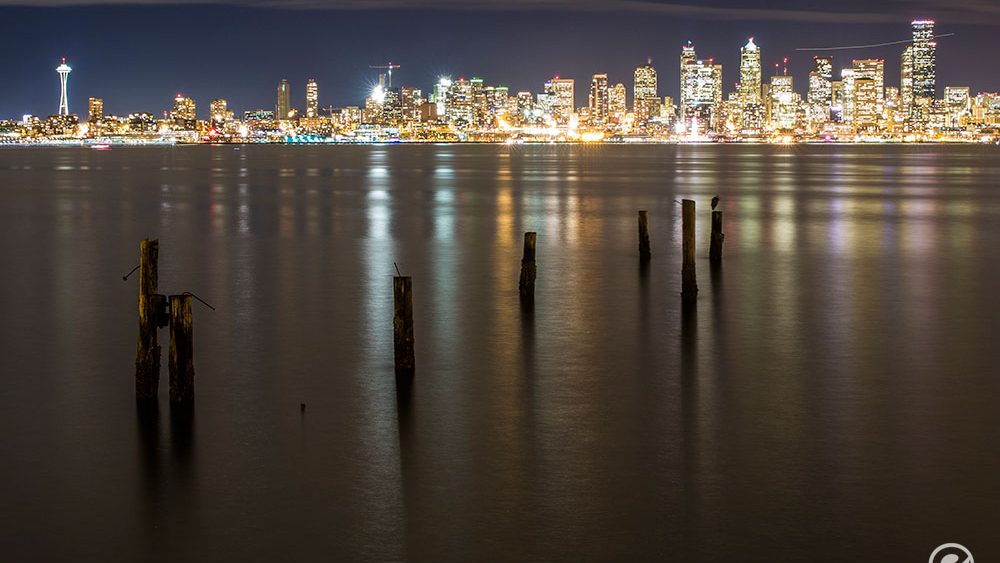 I really enjoy West Seattle. It has a small beach-town vibe, but is part of the city. During the summer I venture to Alki Beack quite a lot to skimboard and longboard. I find myself still going out there in the winter for the views and it’s not nearly as crowded as it is during the summer. 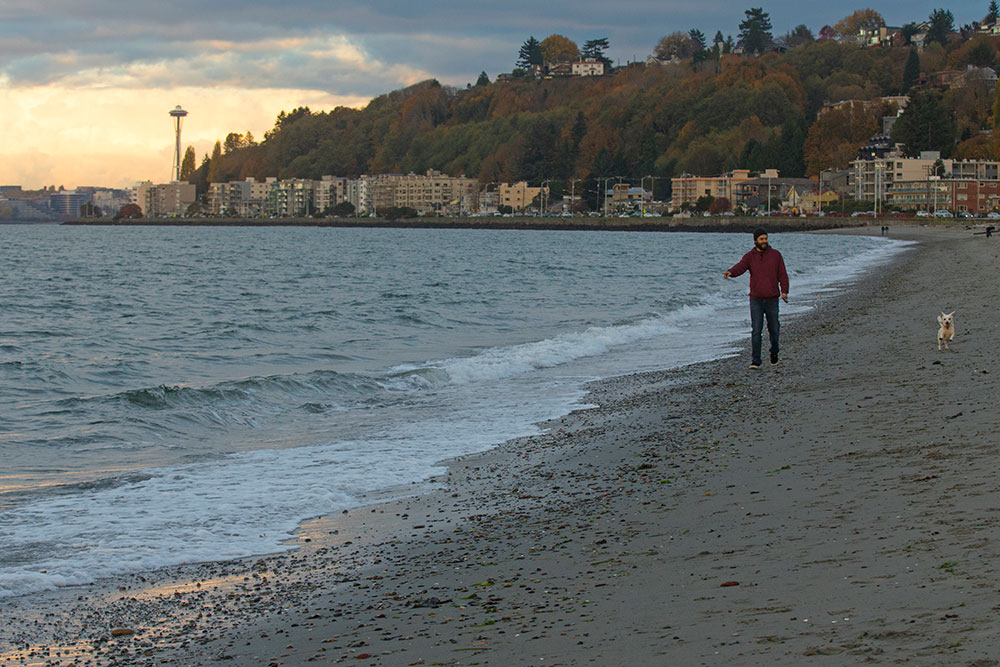 I recently went out to West Seattle to longboard, walk my dog Charlie, grab some dinner and capture some photos. 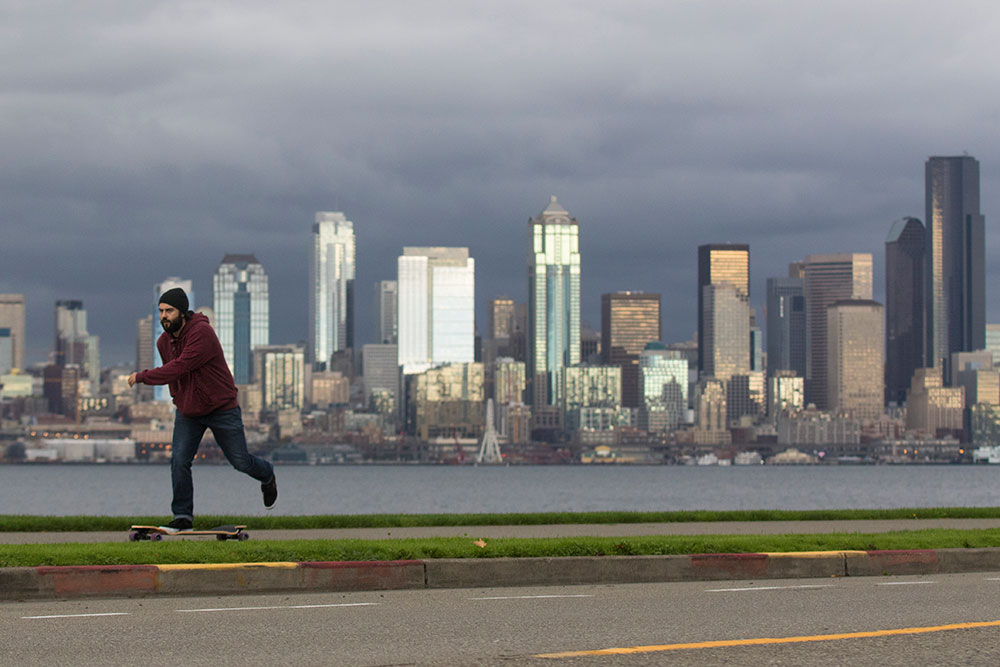 As Charlie (the dog) ran around on the beach I noticed some clouds rolling in behind the Space Needle as the sun was going down and started shooting photos. 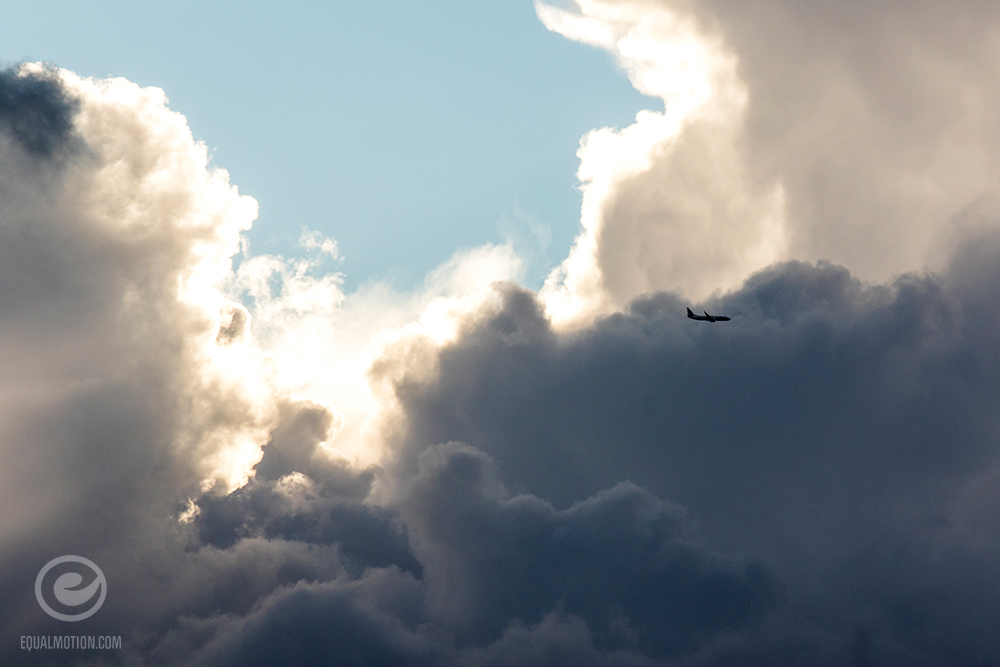 As I zoomed out I noticed a red object appearing in the water. As it got closer I realized it was a man swimming, without a wetsuit, in November. As he ran out of the water I asked him what he was doing and if he wanted a copy of the photo and he said mid-sprint “Preparing for a Triathlon. Not Thanks!” and continued running towards his car. I would have done the same. From what I am told people swimming, paddle boarding and any other “summer” activity you can think of still takes place in the winter (see longboarding photo above). 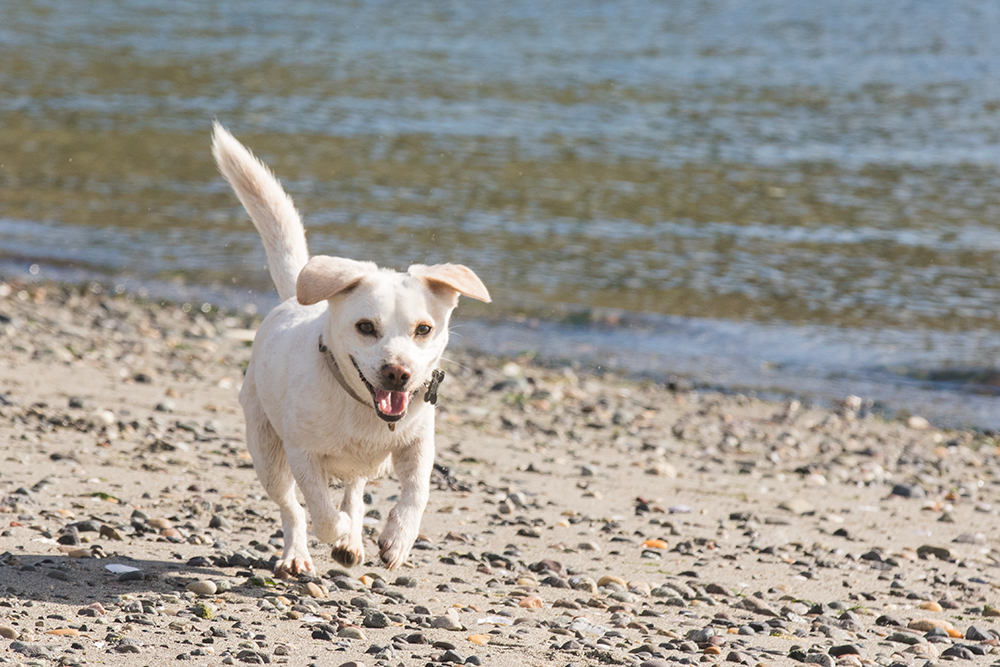 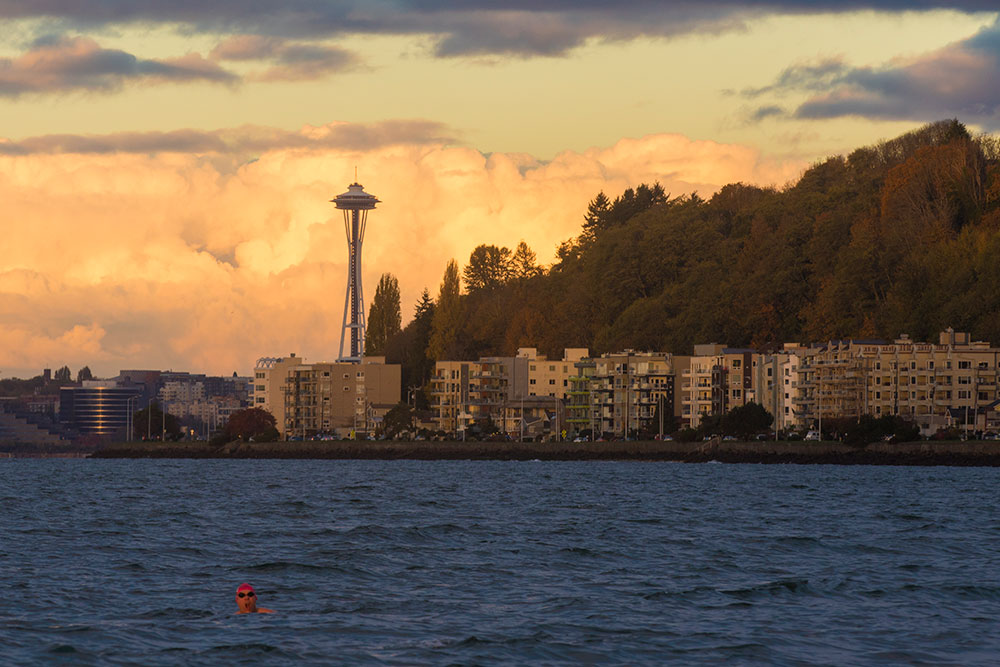 I snagged some dinner with my girlfriend Alyne at the Thai restaurant Bang Bar (which was really good) and then ventured to capture some long exposure photos of the city of Seattle that you can see below. It might be my favorite view of Seattle. 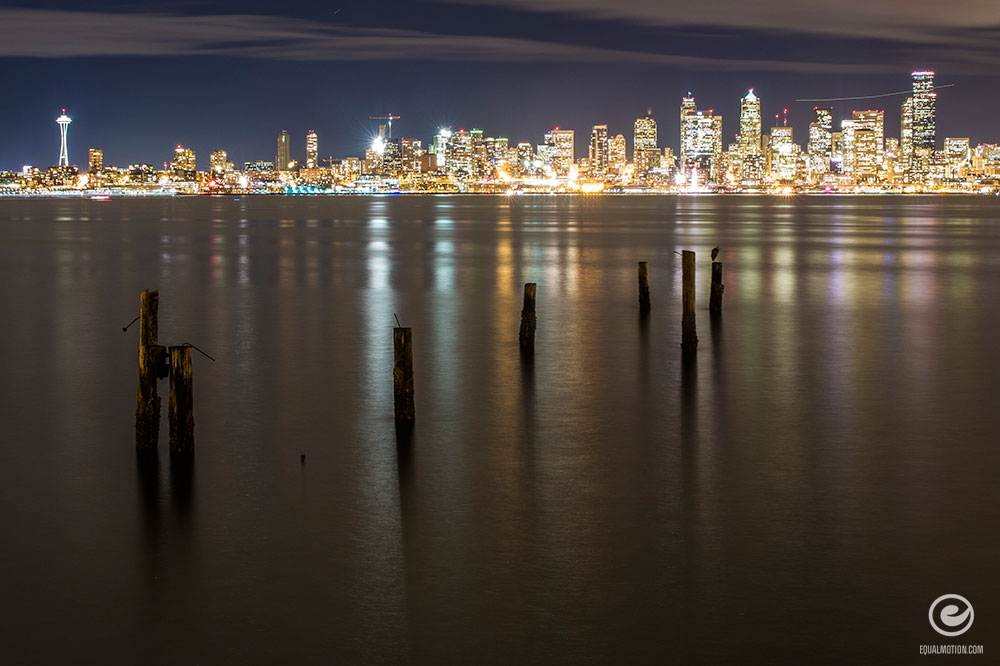 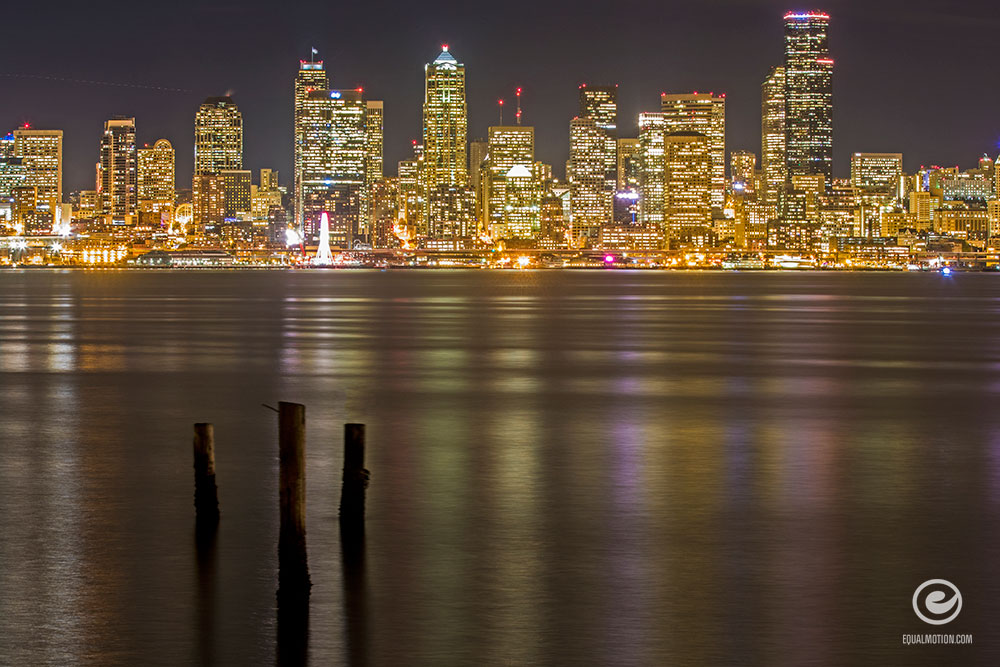 I really, really like West Seattle and as much as I love Capitol Hill West Seattle might be the next place I call home. The skimboarding and longboarding alone would make it worth it.

You can purchase prints of my photos, cell phone cases, bed sheets, bags and even shower curtains on my FineArtAmerica account here: